Further footage has been posted to Youtube showing the Alta Quick Clay landslide on 3 June 2020, which I featured yesterday:-

This new film provides some additional footage of the site prior to the main slide and some drone footage of the aftermath.  In both cases the imagery is very revealing.

The early footage was also filmed by Jan Egil Bakkerby, who shot the main video that went viral yesterday. It shows the site shortly before the main failure.  Interestingly, it clearly captures the aftermath of the earlier failures to which I alluded:- 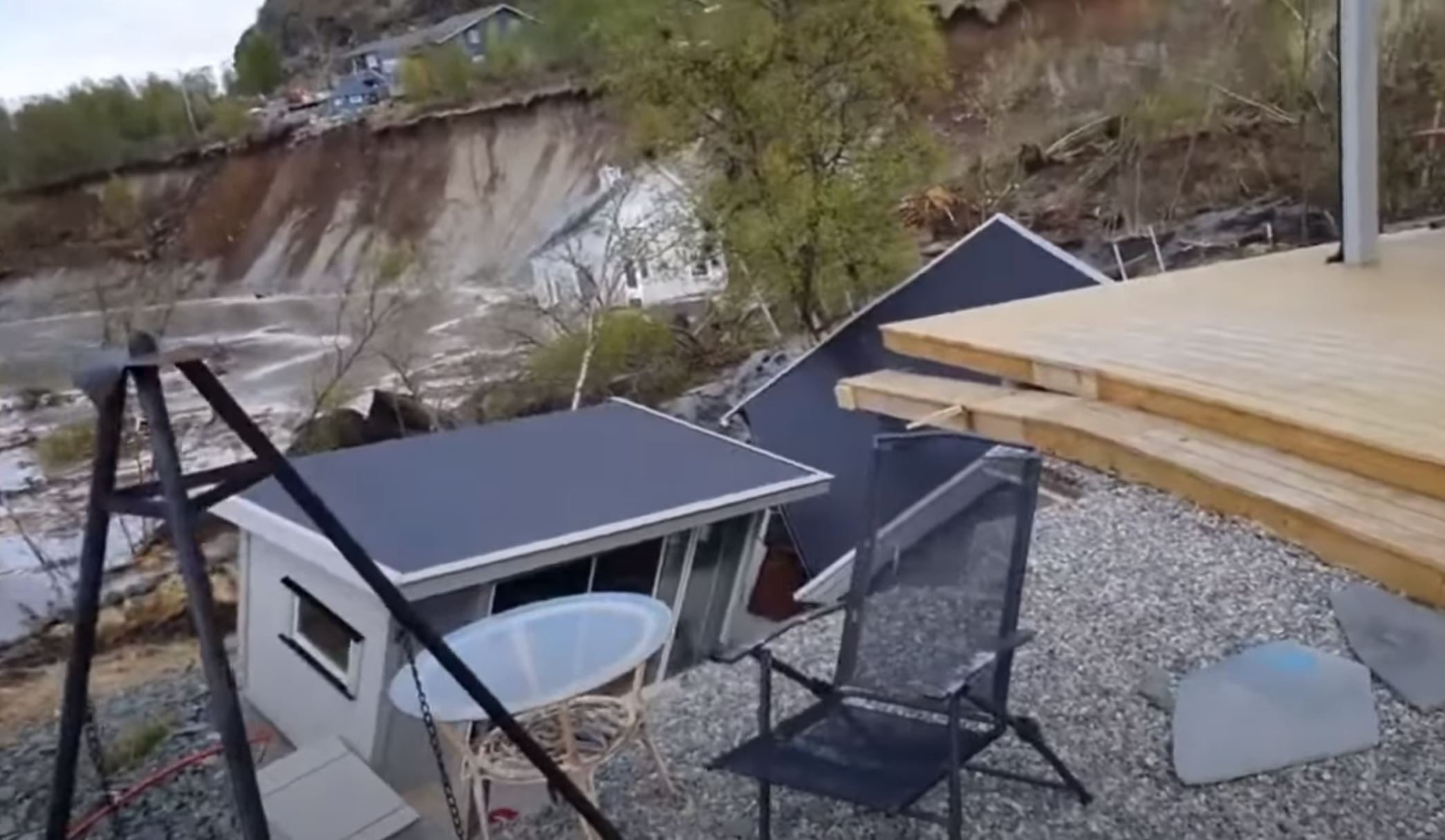 A still from new footage capturing the Alta Quick Clay landslide. This image shows the aftermath of an earlier failure. Footage by Jan Egil Bakkeby, posted to Youtube.

The footage confirms that a substantial failure occurred prior to the main Alta quick clay landslide. There is a large vacated scar in the background, whilst in the foreground slumping has developed.

The video then includes the original footage of the landslide before switching to drone footage of the aftermath.  There are a couple of things to note here.  First, further failures have developed even after the viral video was captured.  In particular, the landslide has developed laterally, so that a larger portion of the coast has now been affected:- A still from new footage capturing the Alta Quick Clay landslide. This drone image shows the extensive area affected by the multiple failure events. Footage by posted to Youtube.

Second, at about 7 minutes 30 the footage captures a small retrogressive landslide in the rear scarp of the landslide:- A still from new footage capturing the Alta Quick Clay landslide. This drone image shows a small secondary failure in the headscarp. Footage posted to Youtube.

Notable here is the highly mobile nature of the failed material.  This material was sufficiently strong to stand in a near-vertical scarp but, once failed, flows like a fluid.  This is a good illustration of the very challenging geotechnical properties of quick clay.

Finally, for today, the text accompanying the video suggests that the first failure was observed at this site on 29 May 2020 by the Norwegian Water Resources and Energy Directorate (NVE).

On reflection 1: warnings of further landslides in Norway

NVE has warned that there is the possibility of further landslides in Norway. “It’s important to stress that there’s still a lot of snow in the mountains,” Bjørn Sønju-Moltzau, a hydrologist at state waterways agency NVE, told state broadcaster NRK on Thursday. “We’ve only gotten rid of around half of it. That means we still have the rest of it in the central and northern parts of the country.”

The Field blog, also hosted by AGU, has a nice article about the use of LIDAR for mapping the scars and tracks of rockfall boulders.