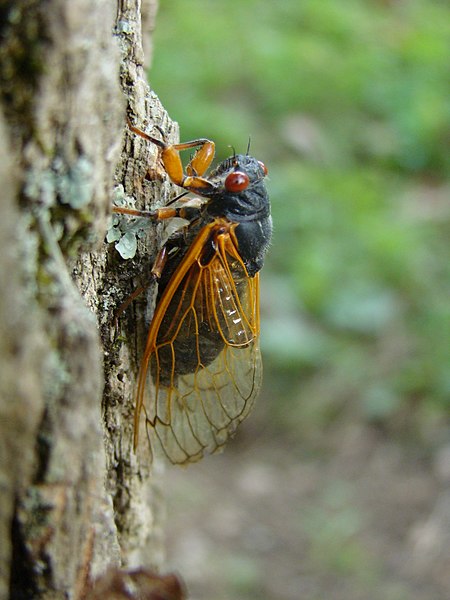 Magic mushrooms, also known as shrooms, are not allowed for human consumption, but cicadas are also experiencing the same drugs via a different route. Does it affect them the same as it does humans? Dr. Matt Kasson of West Virginia University is investigating the appearance of a strange fungus in cicada populations in America. The cicada isolates itself underground for about 13 to 17 years of its youth until it emerges to the surface. During their massive ascent, the cicada come in contact with fungal spores known as Massospora. The bugs arise to attract mates and reproduce. After weeks of carrying Massospora, the fungus causes the cicadas’ abdomen to fall off, leaving them with a white fungus “end”: a mass of fungal spores. This occurs after the cicada’s body becomes riddled with fungus and the organs are taken over. Even throughout all this change, the cicada acts unbothered and continues to fly around as others do. As they fly, the cicada’s spore mass drops spores into the soil underneath them along the way: what Dr. Kasson calls “flying saltshakers”. Cicada’s also transmit the fungus through mating.

However, these facts are exciting but not new. The breakthrough came when researchers found chemical compounds that make up magic mushrooms. They collected 150 cicadas in May 2016 and investigated further. The bodies were full of psilocybin, a mind-altering drug found in only mushrooms. “But wait, there’s more!” Some were also found to contain cathinone, an amphetamine never found in fungus before. Due to these unusual results, both infected and uninfected cicadas were surveyed for the compounds. Supporting the original results, psilocybin and cathinone were only found in infected individuals. They also tested the fungus and found that it contained the right precursors for the drugs.

After these conclusions, Dr. Kasson realized he was dealing with schedule I drugs and reported it to the Drug Enforcement Administration. The DEA decided no permit was required to continue his research with Massospora.

Back to the cicadas, the fungus makes males hyperactive and hypersexual in order to further spread the spores. They believe the psilocybin and cathinone to be responsible for these behaviors and the calm manner of the cicadas despite their backside being fallen off. It is not certain of the effects the substances have on the cicadas and whether these are similar to those of humans.

This research makes me wonder if cicadas process these substances different than humans and how those processes work. Are there other organisms that are similar to humans or cicadas? Are more responses to the chemicals possible? In future studies, I feel it would be important to look into these questions because it will give us more insight into human’s metabolic processes and why these mushrooms affect us in this way. This may be able to enhance medications and future health processes depending on the results of these studies.