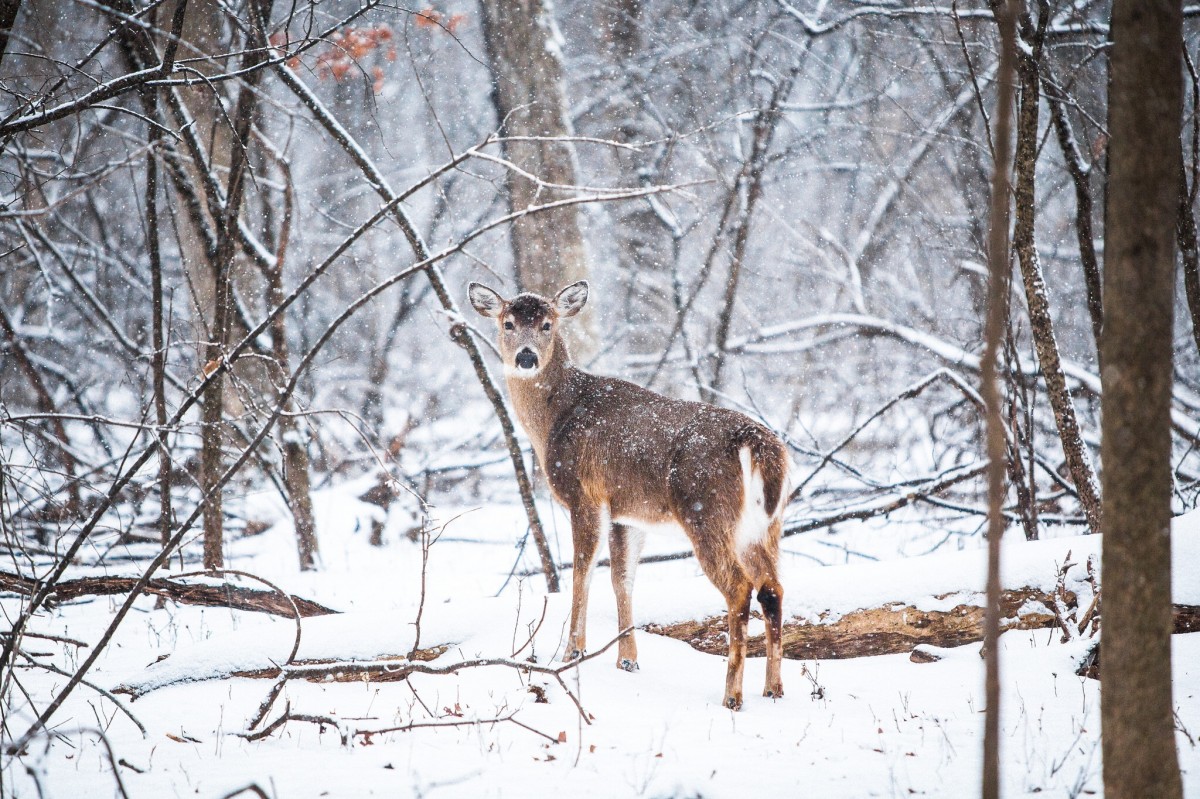 In the United States, Lyme disease is one of the most common diseases carried by ticks. Lyme disease is caused by the bacteria Borrelia burgdorferi. When an infected blacklegged tick, also known as a deer tick, bites a host, it can transmit the bacteria to the host. It takes approximately 36 – 48 hours for a nymph (juvenile) tick to transmit the bacteria to its host. Adult ticks are also able to pass on the bacteria; however, they are usually spotted and removed before transmission. While Lyme disease is worldwide, it is highly concentrated in northeastern and northern American states. After spending time outside, it is vital to check for ticks. In the summer, it is extremely important to check; but it is also important to check during the winter months.

Unlike summer, winter is deceiving. It is cold during the winter months. Because of the cold, it is challenging for organisms to survive. Due to this knowledge, people have the misconception that ticks cannot survive in winter. This is not true. Depending on the species and life cycle stage of the tick, they are able to survive in the cold. Some tick species can be active above 45 degrees Fahrenheit, while others tick species can be active above 32 degrees Fahrenheit. Below their specific threshold temperature, ticks must go dormant or find a host.

If a tick is unable to find a host, it must go dormant. When a tick goes dormant, they must find a place to hide under leaves, branches, plants, etc. for protection. Anywhere that will provide some shelter against the winter weather. Even snow does not kill ticks. It insulates them. Once the snow thaws, the ticks become active again. Some ticks, such as soft-shell ticks, must burrow underground in order to survive.

If a tick is lucky enough to find a host, they will latch on for the entire winter. During those months, the host provides shelter and nourishment. When the tick is not feeding on the host, it will attach to the organism’s hair. When winter is over, the tick will leave its current host and find a new one.

Want to learn more about ticks during winter? Here is the link.