Heavy rainfall this week triggered landslides around the town of Haines in Alaska, causing extensive damage.  Around 200 mm fell on Tuesday and Wednesday, with the additional effect of melting snow pack.  Heavy rain on snow is a scenario that has previously proven to be effective in generating failures.

The largest failure appears to have occurred at the Beach Road residential area close to the town of Haines.  The image below of the landslide has been published by Alaska Public Media.  It seems that four houses were destroyed: 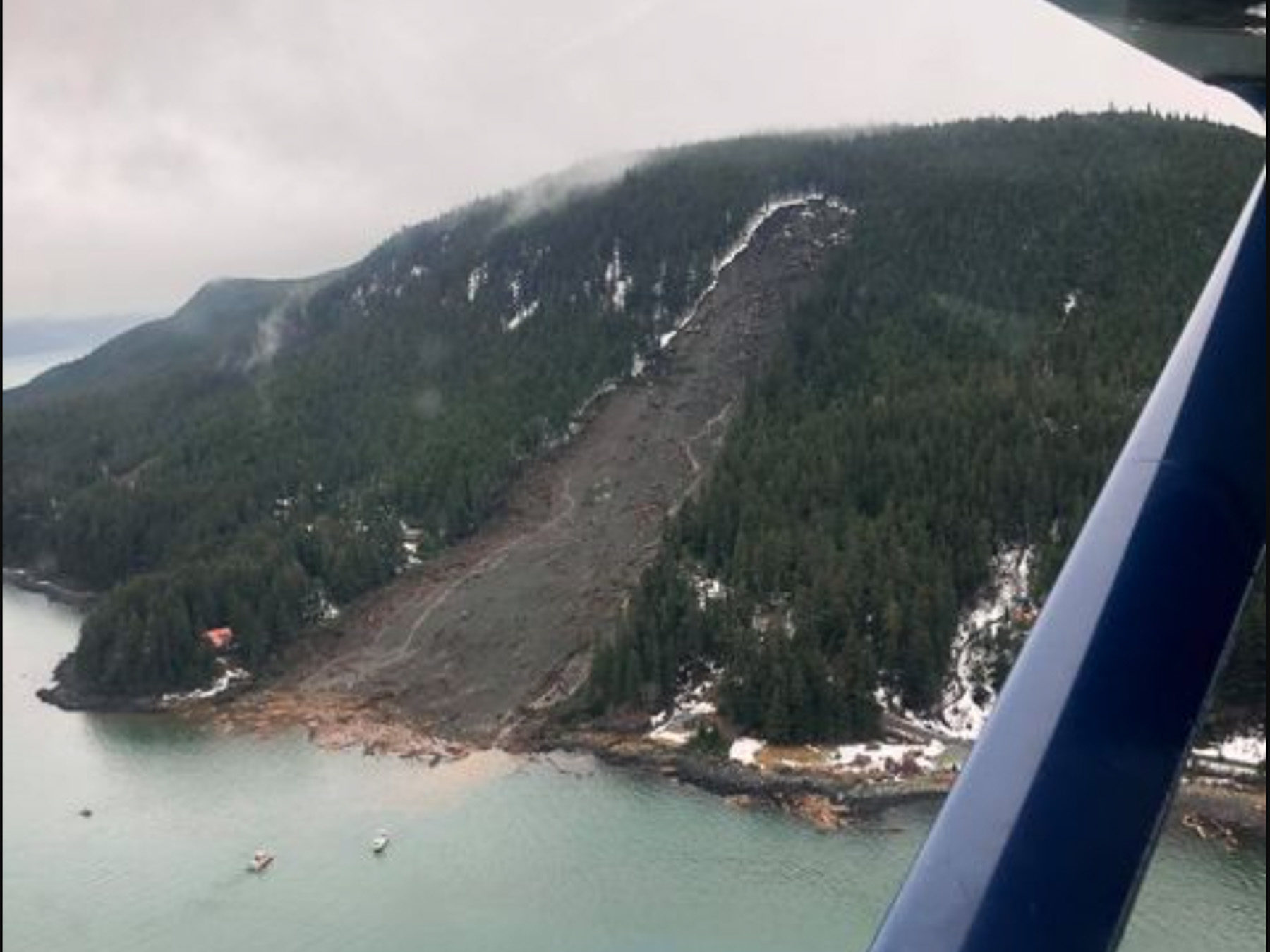 This is clearly a major rockslide.  Note the shattered timber at the foot of the landslide.  Whilst initial reports indicated that six people might be missing in this landslide, most of those have now been accounted for.  However, two people, the residents of one of the houses destroyed, remain missing.  If they were in the property at the time of the landslide then the prospects are bleak.

This view was also published by Alaska Public Media: This looks to be a relatively deep-seated rock slope failure high up on the slope, with entrainment of material along the length of the slope to the water.  The timber is extremely shattered, suggesting an energetic failure.  Most of the debris appears to be under the water. Some images show pieces of destroyed timber houses floating in the water.

Other landslides have been reported, most notably at the Macaulay Salmon Hatchery in Juneau, where a water pipeline supplying the hatchery was destroyed by a slip.   As the site was without a source of freshwater, the staff at the hatchery have been forced into destroying their stock of young chinook salmon and rainbow trout, which would have been released in the spring, as well as many of the young coho salmon.

Many thanks to a number of people who contacted me directly or via Twitter about this slide.  I have drawn heavily on the links that you sent.