The grim search for the victims of the Chamoli debris flow disaster in Uttarakhand in India is continuing, with much of the effort being focused on the tunnels associated with the Tapovan Vishnugad hydroelectric scheme.  As of this morning (15 February 2021), 54 people are known to have lost their lives and 179 people are reported to be missing.  The Tapovan tunnel operation is extremely challenging as it is filled with sediment, including large boulders.

The Planet Labs high resolution images are incredible – it is almost impossible to do them justice.  I have imported them into Google Earth and draped them onto the landscape, which helps to provide a perspective on the events.  The image below shows the slope that failed, taken a few days before the landslide: The terrain was steep and barren, with some woodland in the lower parts of the valley.  The image below shows the same view, but with the Planet Labs SkySat image draped onto the topography:- 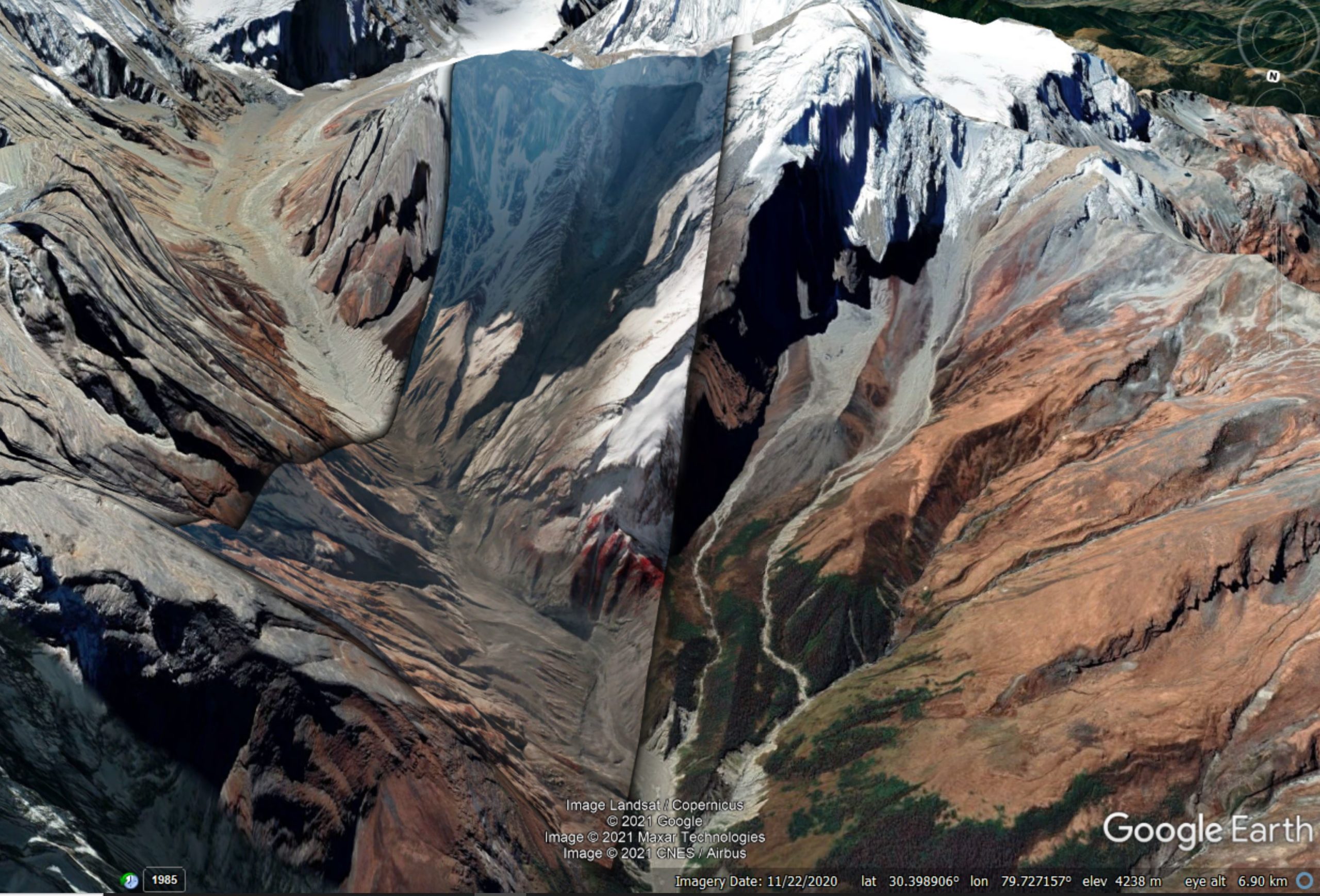 Google Earth perspective view of the slope that failed in the Chamoli landslide, with the Planet Labs SkySat imagery draped over. Imagery copyright Planet Labs, used with permission.

To provide a comparison, I have created a slider below that allows you to flick between the images:-

The large block that has failed is clearly seen in the later image, as is the very steep slope down which the debris travelled. The debris appears to have travelled some distance up the opposite slope before heading down the valley.  The image below uses the lower resolution Planet Labs PlanetScope imagery to show the path of the debris: The path of the debris that formed the Chamoli debris flow. Imagery copyright Planet Labs, used with permission.

The area of dust deposition in the upper part of the flow path is clear.  It appears that the flow became increasingly confined to the lower part of te valley, possibly as it transitioned into a debris flow.

The image below, which was prepared by my friends at Planet Labs, show the full path of the Chamoli landslide and debris flow to the Tapovan Vishnugad hydroelectric dam site: The track of the Chamoli landslide and debris flow. Image prepared by Planet Labs, used with permission.