A large, deadly landslide in Japan

The rainy season in Asia continues to wreak its normal landslide toll, with daily reports of fatality-inducing events.  For example, today there is a report of a landslide at a coal mine in Odisha, India that has killed at least seven people, with as many as 20 people reported missing.  The reports suggest that this was a collapse of a spoil heap.  Parts of Japan have also been affected by exceptional rainfall in the last few days.  Most notable has been rainfall at Akita Province in NE Japan on Friday, in which the peak intensity was reportedly 108 mm in a single hour early in the morning, triggering extensive flooding and landslides.  The most dramatic landslide appears to have occurred at Senboku (some reports spell this as Semboku) – the Daily Mail has a dramatic set of photographs of the landslide, including this remarkable image: 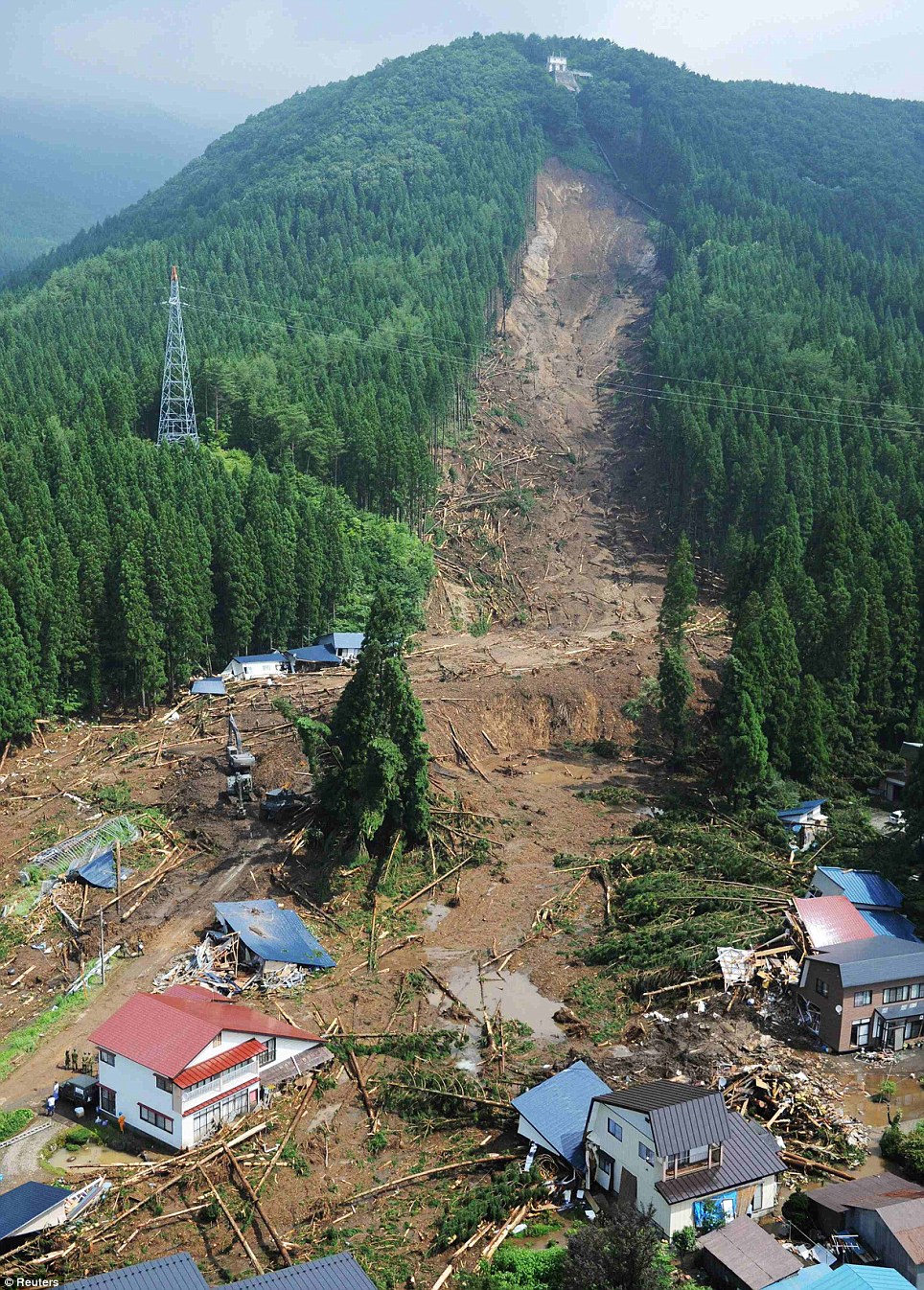 This landslide killed at least four people, with another believed to be missing.  There are a couple of aspects of this landslide that are quite interesting.  It appears to have originated as a medium-sized landslide with a very clear, planar head scarp.  Downslope the landslide has clearly ploughed through and destroyed the forest, but there seems to be relatively little erosion of the soil, especially on the left side of the image.  The main track of the landslide is down the right side on the image, I suspect.  At the foot of the slope in this image there is considerable damage and many fallen trees, but little evidence of any debris from the landslide itself, which suggests that it moved further downslope before stopping, which implies a very mobile landslide mass.  This is supported by an image of the rescue operations further down the landslide track, which show soldiers knee deep in very soft sediment: Up at the crown of the landslide there is a small building with what is presumably a water pipe extending downslope.  The water pipe seems to run right across the headscarp on the right side of the image.  I wonder what this pipe is?  Having a water (?) pipe so close to a landslide seems to be an interesting coincidence.  It is hard to see if it is intact, but a zoom in of the image above suggests that it would be worth close examination: A large, deadly landslide in Japan