A new landslide on Whidbey Island

Many thanks to the various people, too numerous to mention, who highlighted this event to me

Whidbey Island in Washington State in NW USA is a well-known landslide site, and indeed has appeared on this blog before.  Yesterday a new landslide developed on a coastal cliff, destroying one house and threatening a further 30 or so.  This appears to be the site before the landslide, as shown on Google Earth: 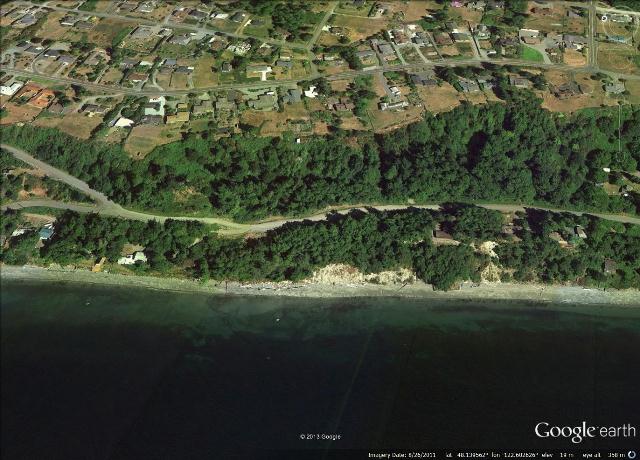 There is a really fantastic set of images on the Seattle Times blog, taken from both the air and the ground.  This one gives a really good view of the landslide itself: 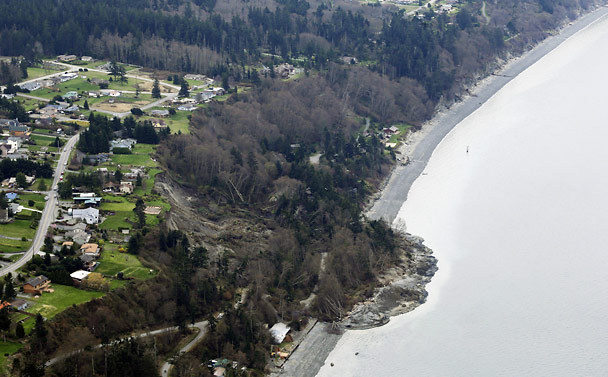 An interesting aspect of this is to compare the state of the top of the cliff with that after the landslide.  This is a post landslide view, also from the Seattle Times: 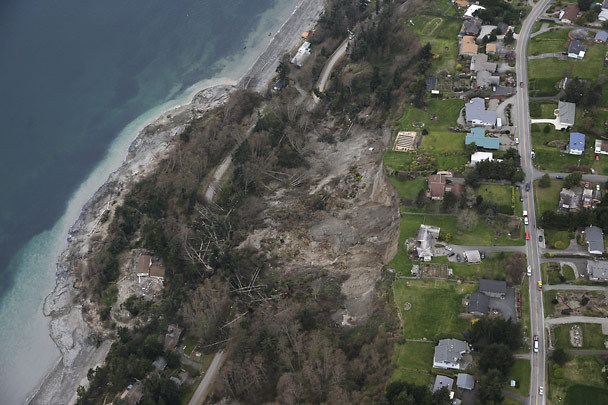 This is a similar view from the Google Earth imagery: 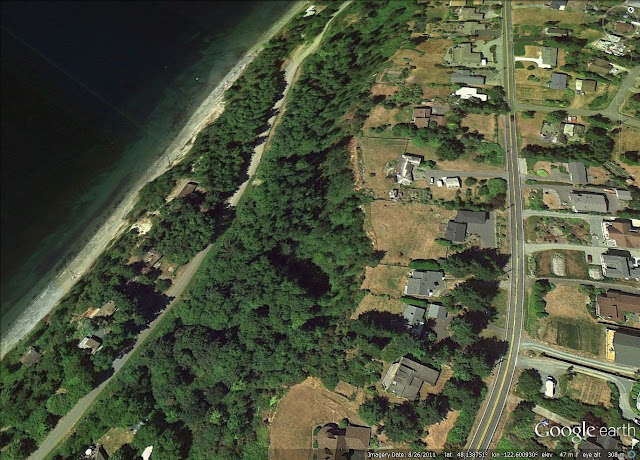 The length of cliff top lost is actually rather small given the size of the landslide.  This, in this case most of the movement is in material already at the bottom of the cliff rather than a large detachment from the top.  This may well explain why there are no obvious cracks on the Google Earth imagery.

A new landslide on Whidbey Island