An update on the Italian landslide(s)

The large landslide in southern Italy that was graphically caught on camera (see the video in my earlier post) has generated a great deal of interest – indeed this site has had its busiest ever day. Details of the slide are still quite sketchy, but this is what we know so far:

First, the media are confusing two different slides in the same general area of Calabria – in fact there were about 100 altogether, but two are directly affecting towns. The one in the video occurred on the outskirts of Maierato, which is this town: 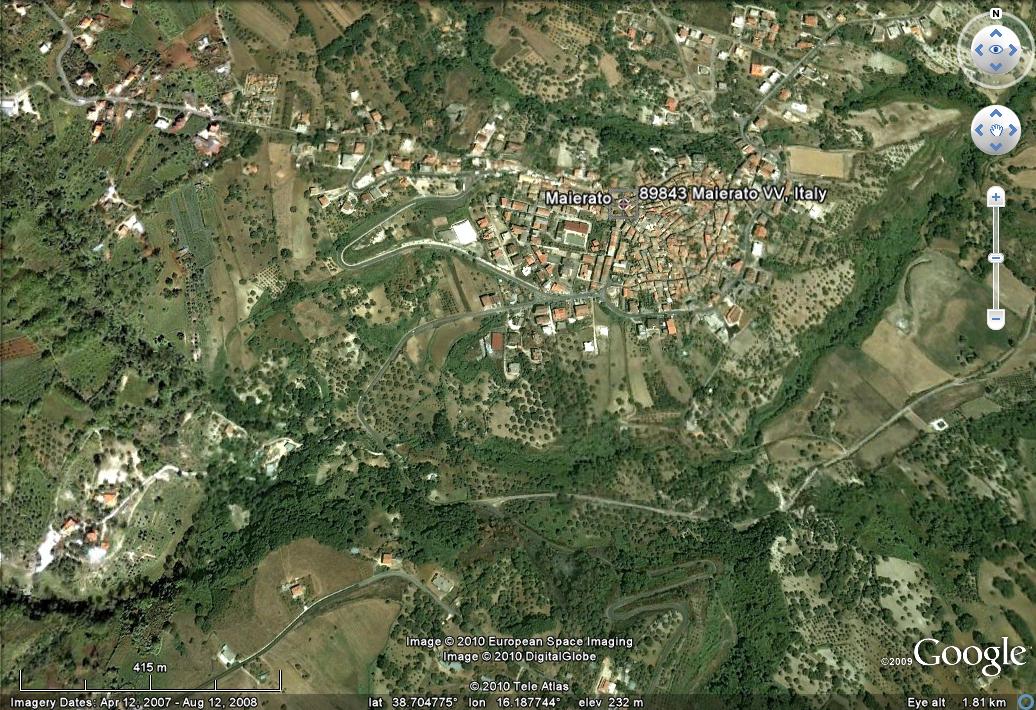 It appears that the slope had been moving for some days, and there are some indications that it was in distress well before this. The slide appears to have affected the area shown on this image, although I am waiting for clarification of this: Interestingly, as Jonas van Rutte has pointed out to me, the roads near the headscarp appear to have been recently repaired, judging by the Google Street View images here. No-one was killed or injured in this landslide, although 2300 people have been evacuated from their homes.

The second slide occurred at San Fratello in Sicily, which is this town: This slide appears to have damaged the centre of the town, leaving 1500 people homeless. The level of damage is high (image from Corriere della Sera): An update on the Italian landslide(s)