The image above is from the NASA Terra satellite. Click it to see the higher resolution. 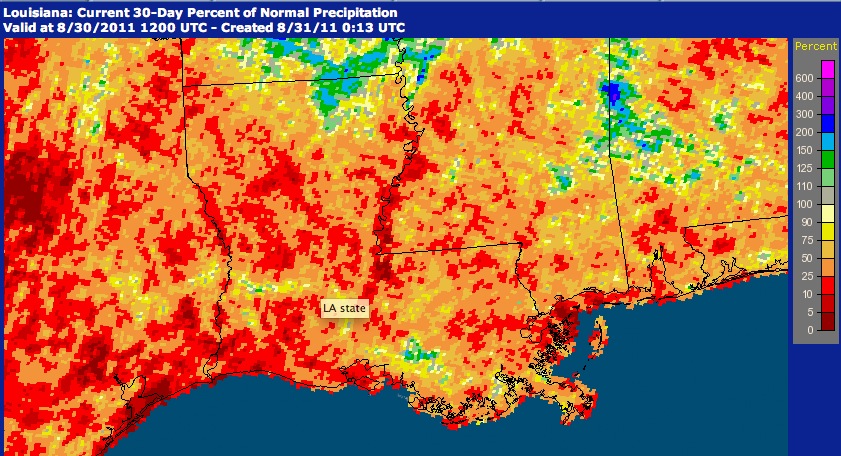 The smoke is from a marsh fire near New Orleans and the state doesn’t have enough money to charter planes to drop water on it and  the reason is explained by the graph below. Most of Louisiana has only received about 25% of normal rainfall, in the last 30 days. This is called a meteorological drought, because the crops are not doing as bad due to heavier rains earlier in the summer (July was rather wet in the region).

When the dam is low, you have hydrological drought and when the crops die, it’s an agricultural drought. When everything dies and the dams dry up, it’s a TEXAS drought.