Hurricane Outlook for 2016 and Tropical Storm Warning For South Carolina 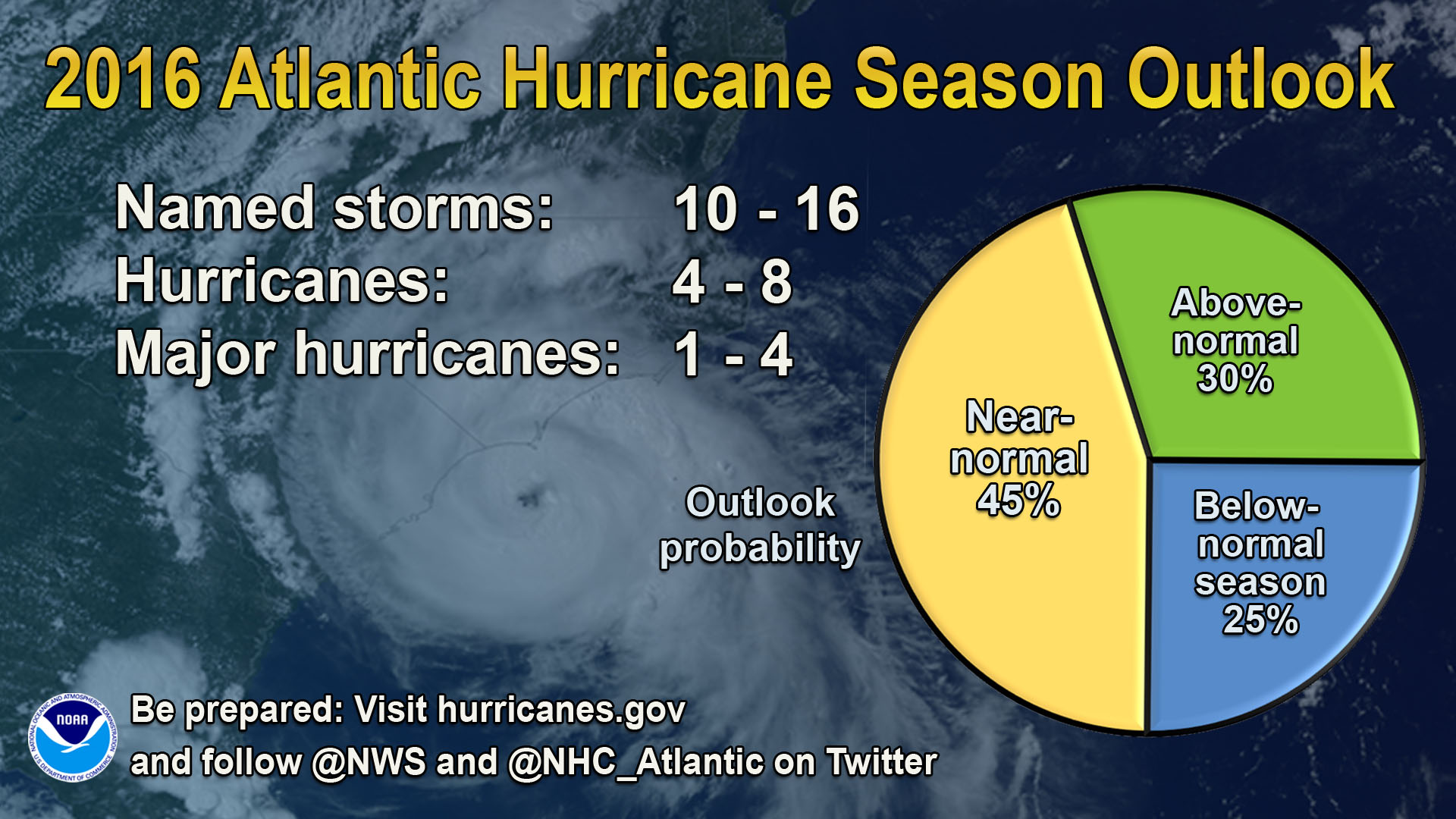 The NOAA Hurricane forecast was released today, and it calls for a 70% chance of 10-16 named storms, which is right around the long-term average of 12 each year. The most important thing to remember with these forecasts, is that the number of storms does not matter much of you get hit by just one, and secondly these type of forecasts are still rather low skill.

That said, this forecast was exactly what I expected since we do have a developing La Nina (which can increase the number of hurricanes). That said, we may be entering an era with fewer Atlantic storms, as the Atlantic multi-decadal oscillation switches into the cold phase. There is still uncertainty on whether this has happened though, and NOAA makes note of the fact that with the warm ocean waters (warmest on record) the season may last longer and rising sea levels will make any land-falling storm worse than the same strength storm a few decades ago. We already have had one named storm this year (Alex) in January, and the Tropical Prediction Center in Miami just initiated advisories this evening on a tropical depression in the Caribbean and issued a  Tropical Storm Warning for South Carolina. The water temps. in the area around the Bahamas are running nearly 2° C above normal, making a very early season storm possible. This depression will likely become Tropical Storm Bonnie by later tomorrow. It may turn into a hybrid sub-tropical storm, as it moves over cooler waters off the South Carolina coast later in the weekend.

A discussion from NOAA is below:

More on the tropical depression in the Atlantic, which will likely become TS Bonnie tonight or tomorrow.