Scientists investigate how atmospheric rivers may change as climate warms

A high-resolution climate model based at the National Center for Atmospheric Research (NCAR) is able to accurately capture the ribbons of moist air that sometimes escape the sodden tropics and flow toward the drier mid-latitudes, allowing scientists to investigate how “atmospheric rivers” may change as the climate warms.

These rivers in the sky can unleash drenching rains when they crash onto land. Because these downpours can alleviate droughts and also cause damaging floods, scientists are keenly interested in how their frequency, intensity, or path may be altered with climate change. But standard-resolution climate models have had difficulty realistically simulating atmospheric rivers and their impacts.

In a pair of studies published in July and August in Geophysical Research Letters, a journal of the American Geophysical Union, NCAR scientists Christine Shields and Jeffrey Kiehl tested to see if a high-resolution climate model could do a better job. They found that a version of the NCAR-based Community Climate System Model 4.0 (CCSM4) with a resolution twice as high as normal does a good job of capturing the frequency with which atmospheric rivers made landfall over the last century as well as their locations and associated storms. 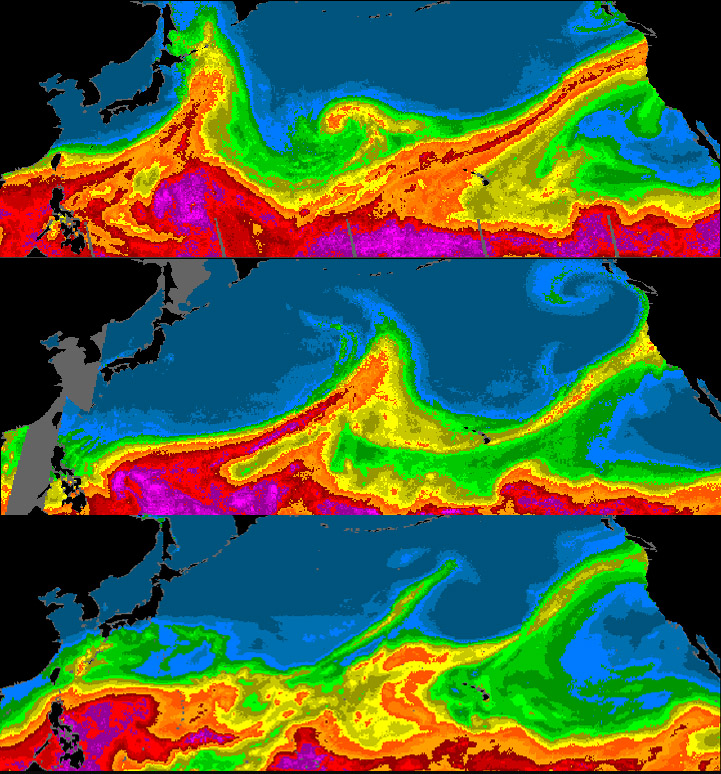 Looking forward, the model projects that storms on the U.S. West Coast associated with a type of atmospheric river called the Pineapple Express, which sweeps moisture in from Hawaii, could linger and become more intense if greenhouse gas emissions are not mitigated.

The studies also find that future changes to atmospheric rivers in general — including a possible increase in the number that make landfall in Southern California — will likely be dependent on how jet streams change in a warming world.

THE HOW AND WHY OF FUTURE CHANGES

Atmospheric rivers were first discovered in the 1990s, and much of the early research was focused at understanding their detailed structure and the dynamics of how they form.

“We’ve gotten to a point in the science where we’re able to track atmospheric rivers and detect them fairly well, and we can make some general statements about duration, intensity, and the precipitation associated with them,” Shields said. “So the next step is really trying to understand how they might change in the future and, then, why they are changing.”

Shields and Kiehl suspected that the high-resolution version of the CCSM4 would be useful for answering those questions for a couple of reasons. Because the model has a resolution of about 50 kilometers (31 miles), it does a better job of capturing narrower phenomena, like the rivers. It also represents the complex terrain on the land surface that can trigger the atmospheric rivers to release rain or snow. As the rivers plow into the mountains of California, for example, they’re forced higher into the atmosphere, where the moisture condenses and falls to the ground.

As they’d hoped, the model did do a better job than a standard-resolution climate model at representing both the atmospheric rivers and their interactions with terrain. This allowed them to run the model forward to get a look at what rivers might do in the future if human-caused climate change continues unabated. What they found is that how — and why — atmospheric rivers change depends on the area of the world.

“Changes to atmospheric rivers in the future track with what the jets are doing,” Shields said. “And that depends on your region.”

While understanding these connections gives scientist important insight into what factors may impact atmospheric rivers in the future, it’s still a challenge for scientists to project how atmospheric rivers may actually change. That’s because climate models tend to disagree about how jets will shift regionally as the climate warms.

In the future, Shields and Kiehl plan to expand their analysis to other parts of the world, including the Iberian Peninsula.

“The climate change picture and what’s going to happen to these atmospheric rivers really matter,” Shields said. “They are a critical component of the hydrology in many places in the world.”

—Laura Snider is a Senior Science Writer and Public Information Officer at the National Center for Atmospheric Research (NCAR). This post originally appeared on the NCAR website.

Scientists investigate how atmospheric rivers may change as climate warms