Krivosheina Glacier is a tidewater glacier on the northwest coast of Novaya Zemlya ending in the Barents Sea. A recent study by LEGOS (Laboratoire D’Eetudes en Geophysicque et Oceanographie Spatiales) in France highlights the changes of these glaciers from 1990-2000. They note that Krivosheina Glacier lost 3.3 square kilometers of area due to retreat in that decade. Given the recent reduction in Arctic Sea Ice in the region, these glaciers are facing dramatic climate changes. 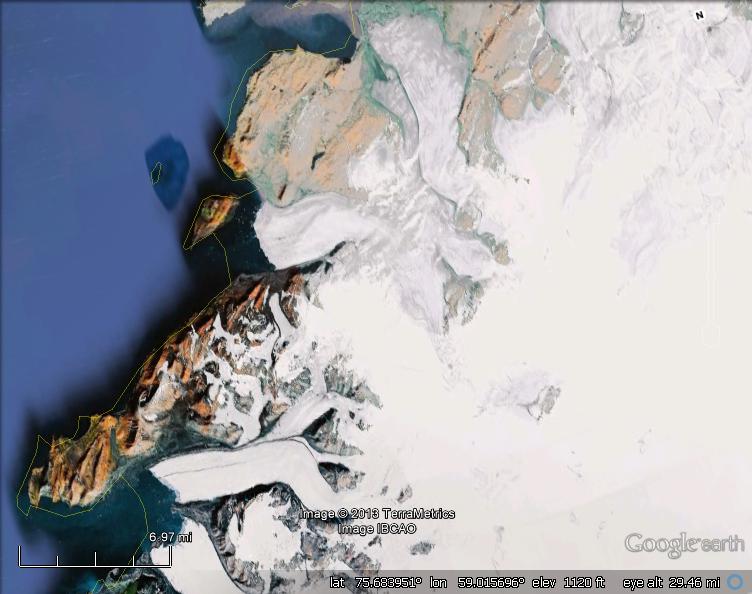