The State of the Planet blog, which is the blog of the Earth Institute at Columbia University, reports on an ongoing investigation of the tsunami that killed a small number of people to the west of Port-au-Prince (image below from the National Geographic). 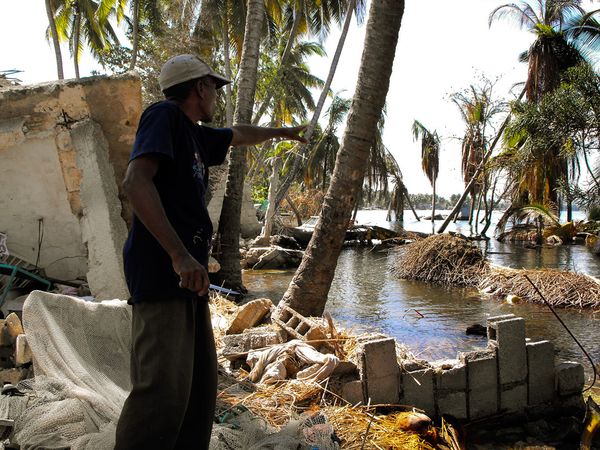 The research has involved drilling cores into the sediment on the sea floor near to the tsunami. Their initial analysis suggests that the tsunami was caused by a lateral spread near to the coastline, which released a flow down the offshore slope into deeper water. It is this submarine landslide that was probably responsible for the localised tsunami.

They promise more analysis in the coming days, so watch this space.