On Thursday 20 January 2022 another tailings failure occurred, this time at Thelkoloi in Odisha, India.  The failure has been reported in some of the media in India, but not more widely.  For example, the Hindustan Times reports that the failure was in a slurry pond from the JSW Bhushan Power and Steel Limited works in Sambalpur district.  It suggests that a tailings pond wall was breached, releasing tailings that inundated 20-30 acres (8-16 hectares) of farmland near to the village of Banjhiberana in Rengali block.

There are images of the event in the Hindustan Times:- The aftermath of the tailings failure at Thelkoloi in India. Image from the Hindustan Times.

Meanwhile New Indian Express has an image from a different angle:– 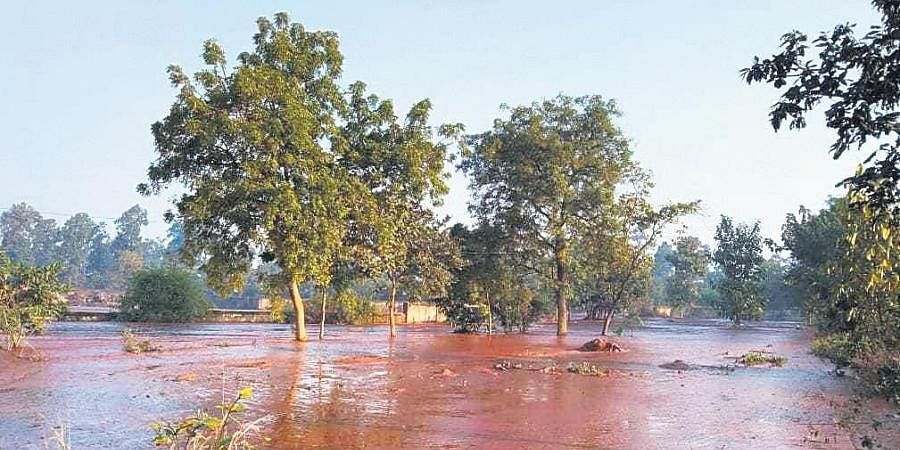 The aftermath of the tailings failure at Thelkoloi. Image from New Indian Express / EPS.

The level of damage is not clear, but there are various reports that a security guard was killed, and others that two security guards are missing.

The precise location of this event has not been reported in a manner that is easy to find, and I cannot track down other references to Banjiberana in Thelkoloi.  However, based on Planet Labs imagery, the following looks to be the most likely candidate:- If this is the correct site then the location is 21.753, 84.036.  The steel works is to the west, and this is clearly a waste storage facility.  It appears that waste has spilled out towards the southeast

In the total scale of tailings failures this is a comparatively small event with a limited impact.  Nonetheless, it is yet another example of poor management of mine waste – as I have noted previously, these events are far too common.

The event at Thelkoloi comes on the back of another mine waste failure, also poorly reported, that occurred on 24 December 2021 at the Zululand Anthracite Colliery (ZAC) anthracite coal mine in South Africa.

Finally, BBC Countryfile ran a set of stories yesterday about the legacy of coal mining in the UK, including an excerpt about the ongoing hazard posed by spoil tips in South Wales.  Included in the programme is an interview with me about the hazard.

Thanks to Tjaart de Wit for highlighting the event in South Africa.