On the perils of Lake Sarez (Usoi) in Tajikistan

Science this week has an article (Stone 2009) on the perils associated with Lake Sarez in the Pamirs. Sarez is a huge lake (56 km long and with a volume of 17 billion cubic metres of water) that was formed by a landslide triggered by the 1911 earthquake in Tajikistan (see image below). Google Earth image of Lake Sarez. The landslide dam is to west (left). 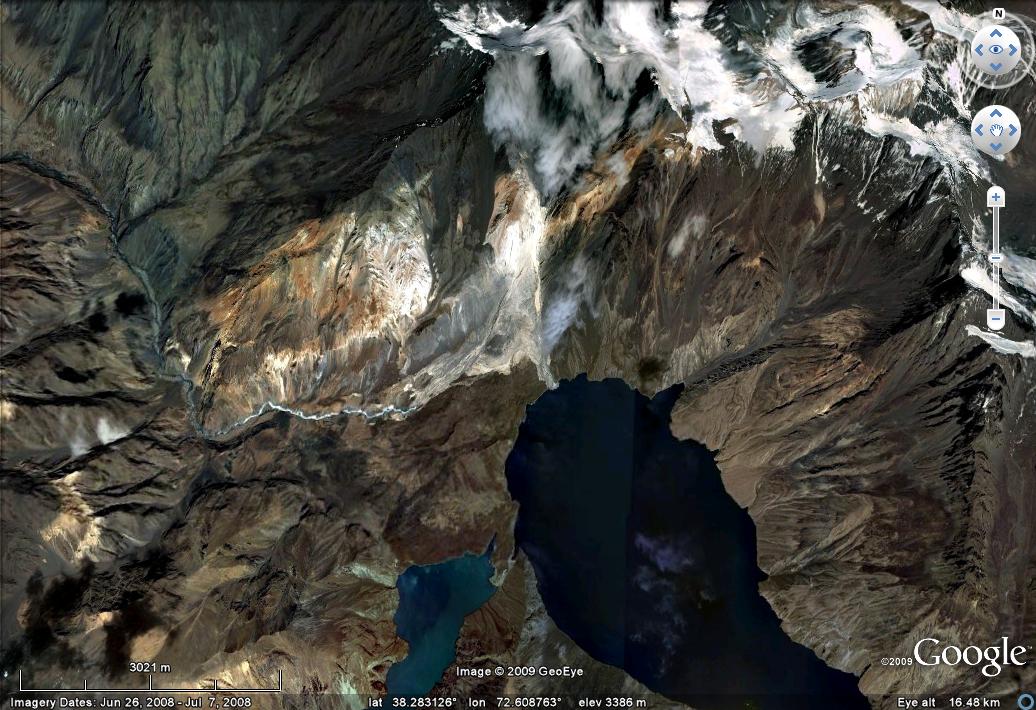 The landslide dam (see image above) stands 567 metres tall. To put that in perspective, the image below shows Taipei 101, until recently the world’s tallest building. It is 501 metres tall:

Since its creation Lake Sarez has been steadily filling, which has long been a concern. There are an estimated 5.5 million people living downstream of the dam in the Amu Darya river valley, which flows through Tajikistan, Afghanistan, Turkmenistan, and Uzbekistan. There are really three key concerns with this dam:

The article points out that the third of these is the most likely, such that the site has a sizable warning system just in case.

The article points out that given the number of people downstream the risks are now considered to be too high. The dam itself cannot be stabilised, so there is a need to draw down the level of the lake by at least 50 m. However, there can be little doubt that this falls in the “easier said than done” category.

The key component of the article is highlighting that there are a range of views as to the level of danger at this site, both in terms of the possibility of another landslide and of the stability of the dam itself. The article quotes a number of notable landslide experts:

The suggested optimum mitigation approach is a diversion tunnel that would be used to generate hydroelectric power, with the water also being made available to downstream communities. However, the costs are high ($500 million) and such a project is not without risks. In the sort term it appears that there will be a research campaign that will culminate in a conference in 2011, the 100th anniversary of the dam. That would be an interesting meeting to attend!

On the perils of Lake Sarez (Usoi) in Tajikistan