ChinaDaily is carrying the image below of an large rockfall in a former quarry in Fengshan County of Guangxi Province in China: 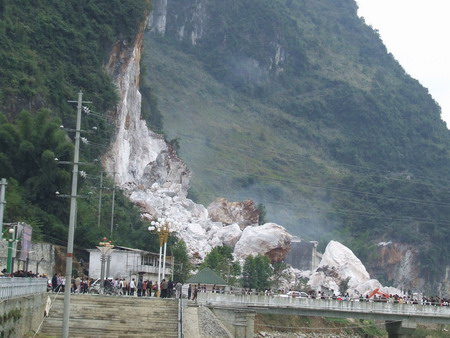 The accompanying report says that the landslide occurred without warning and without an obvious trigger in a long-abandoned quarry. The volume of the landslide is reported to be 21,000 cubic metres. It buried 300m of road, 16 buildings, two tractors, a car and a motorbike. Sadly, five people were killed, one person is reported missing and six people were injured, two seriously.