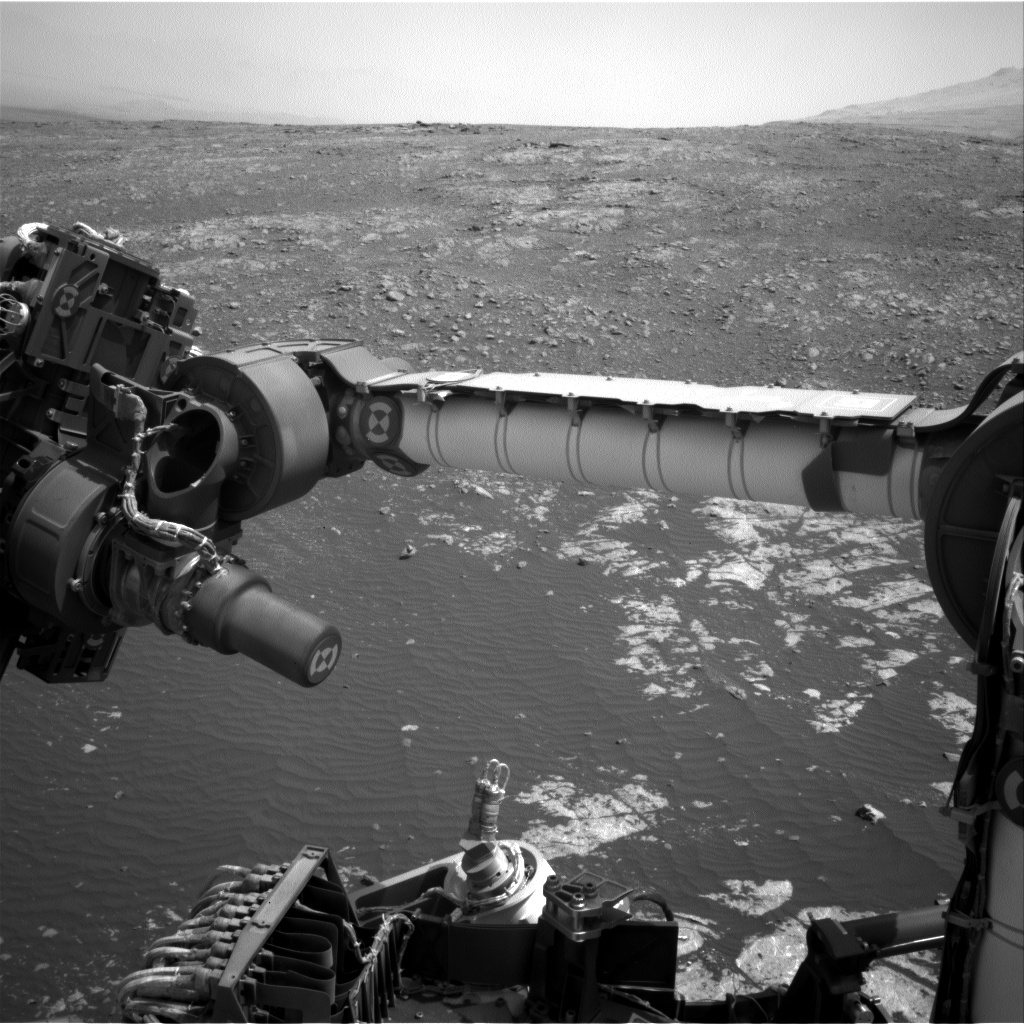 While I fly back from a meeting in Colorado, I’ve been reflecting on what to write about this week on Mars. And what a week it has been. InSight’s successful landing is surely the biggest news of the week. We now have a new robotic Martian ready to help unlock more clues about the origins, history, and evolution of Mars. I for one look forward to seeing the great science that comes out of that mission over the next few months and beyond.

But Curiosity was busy too! This week, and more specifically in this plan, we wrapped up the Highfield drill site campaign. I was on shift as Surface Properties Scientist (SPS) and while there were no new activities that required SPS analysis, the science team was busy! They filled a pair of science activity blocks with observations that ranged from targeted imaging with Mastcam to compositional analysis with the ChemCam instrument to close out any dangling observations left over from previous plans. On the first planned sol, the rover will use the MAHLI instrument to take high resolution microscopic images of the Highfield ‘dump pile’ (where the rover discards extra un-needed sample) and will eventually place the APXS instrument on the ‘dump pile.’ These analyses are particularly valuable because they give us a sense of what the inner parts of the rock are made of, rather than including the often weathered exterior. Some additional long-distance imaging was planned to help plan the route up Mt. Sharp for the next months and years.

With more Mars missions in the works, both by NASA and internationally, we’re poised to continue to learn more about the Red Planet in the coming years. Sometimes it’s easy to forget what an amazing time we live in.