Getting on board with a campus common read

Many (perhaps most?) of our universities have a common read for entering freshmen or for the entire campus community – but not everyone is sold on the effectiveness of such a program.  Although we all desire our students to read more, is a common read really making a difference?  Some faculty and administrators believe that a common read will increase student critical thinking skills, social skills, and sense of belonging to a campus intellectual community.  However, last year, the President of Purdue University didn’t think so, and he cut Purdue’s common read program “saying there wasn’t sufficient research on its benefits to support the cost, and the money would be used to revise new-student orientation programs” (c.f. Grasgreen, 2014; Fister, n.d.).

We could debate the pluses and minuses of campus common reads, but instead I would like to call attention to one of the challenges we face as Earth science faculty – how can we incorporate a common read in our courses?  For some STEM courses, such as Calculus II and Organic Chemistry, common reads are not and will never be found in the syllabus.  And for some of my own courses, such as Introduction to Oceanography and Dinosaur Extinctions, requiring books such as The Immortal Life of Henrietta Lacks and The Fault in Our Stars were too far from my course content and would not get me to my student learning goals.  But once in awhile, some books come along that are a perfect fit (my campus adopted Elizabeth Kolbert’s Field Notes from a Catastrophe one year), and other books can be connected in various ways. 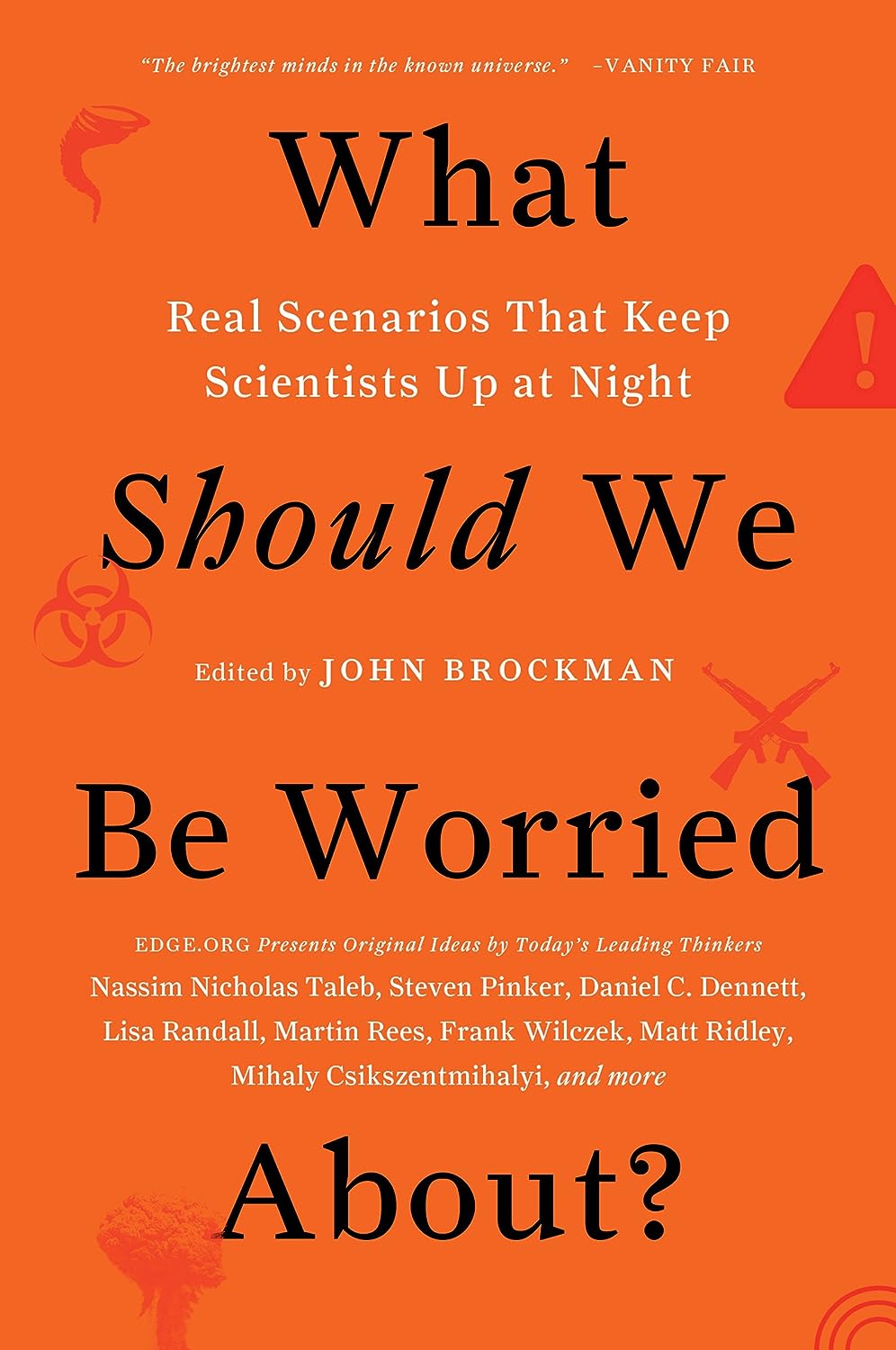 This year, we are reading John Brockman’s What Should We Be Worried About? Real Scenarios That Keep Scientists Up at Night.  The book is a collection of short essays that Edge.org collected from “the planet’s most influential minds,” asking them to “disclose something that, for scientific reasons, worries them – particularly scenarios that aren’t on the popular radar yet.  I didn’t require my students in my Introduction to Oceanography course to purchase the book, as all of the essays can be found online at the Edge.org website.  On the last day of class, with their textbook and class notes in hand, I gave the students a half-hour to write an essay on what they are worried about, when it comes to our oceans.  The only restriction I put on the in-class assignment was that they could not write about climate change or ocean pollution, as we had already spent so much time on these topics during the semester.

I have to say, the essays the students wrote were really powerful, surprising, and well thought out, considering the time limitation and no knowledge of the assignment ahead of time.  Students were worried about topics that ranged from the lack of protection for coral reefs to modern-day ocean piracy, from the small budget of NOAA to the overall lack of literacy the general public has about the oceans.  I learned so much about my students and about what they learned through this assignment.  Did this tie in to our campus common read?  Absolutely.  Did it benefit their learning?  It certainly made each student reflect upon their learning from the entire semester.  This semester, I am doing the same essay assignment in my Environment Earth course, but adding a peer review component and time outside of class to work on the essay.

Each university has their own expectations for faculty participation in common read programs (and I hope junior faculty pay careful attention to these expectations).  One “concern” I hear is that the STEM faculty rarely/never participate in this campus-wide effort.  Hopefully, I have provided some examples of how we in the Earth and space sciences can make an effort to be a team player for the common read.  But I always stand firm behind my overarching and secondary teaching goals, and if the common read just isn’t a logical fit for the course, I won’t require the book for my students.

If your university is already exploring options for their next first-year/campus common read, the National Association of Scholars and Random House have suggestions for consideration, and Penguin Books publishes and entire catalog of possibilities.  Are there any STEM-related books you can think of to add to these lists? Please add your ideas as a comment below.