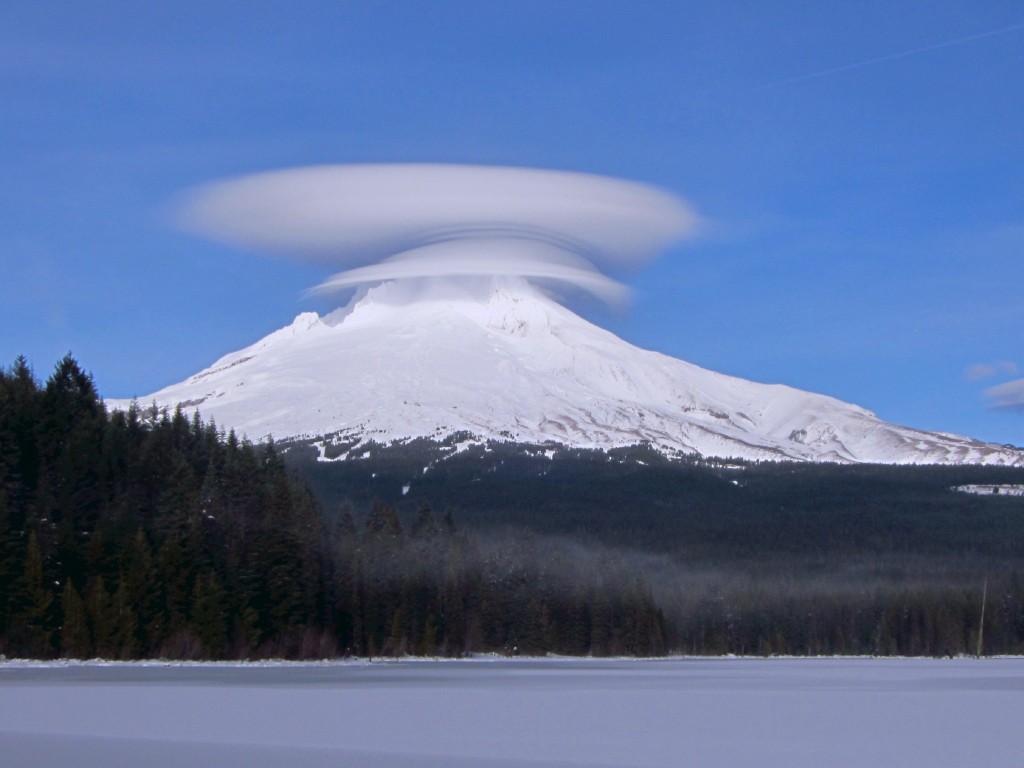 Air turbulence is a familiar annoyance to travelers and a hassle to airlines. Scientists have long suspected — and predicted in computer models — that mountain-generated atmospheric waves play a key role in such bumpy rides. But the waves have been hard to detect outside of polar regions. New research shows that not only do the turbulence-generating waves exist in those mountainous areas, but scientists can detect them with satellites — if they look hard enough.

“Now, we see these waves peeking out of the data for the first time,” said Stephen Eckermann, an atmospheric scientist with the Naval Research Laboratory in Washington, D.C.

Many of the teeth-rattling ups and downs when flying result from oscillations in the atmosphere, called gravity waves, that are caused by the pull of the Earth competing with the natural buoyancy of the air. When a gust of wind runs into a mountain range it can behave much like a stream encountering a rock. The mountain thrusts the wind skyward, causing a bulge that emits waves of atmospheric ripples. Sometimes the mountains launch the wave into the stratosphere — so far up that the atmosphere can get too thin to maintain the wave. Then, the gravity wave falls apart like a breaking ocean wave, transforming into turbulence.

“Just as the breaking ocean wave is a hazard for surfers or small boats, breaking atmospheric gravity waves are a potential safety hazard for aircraft,” Eckermann explained. Gravity waves can also create unusual lens-shaped clouds called lenticular clouds that hover motionlessly over the tops of mountains.

Near the Earth’s poles, gravity waves can span very long distances between crests, making them more visible from space than their less expansive cousins along the planet’s midriff. Some satellites, designed to study other aspects of the atmosphere such as moisture and temperature, have previously glimpsed those polar gravity waves by happy accident, in the form of temperature fluctuations in the atmosphere, Eckermann said. Suspecting that some traces of waves at mid-latitude regions might exist but have been too faint to see, Eckermann and his colleague Dong Wu of the NASA Goddard Space Flight Center combed through a massive amount of satellite data  looking for tighter temperature fluctuations that would indicate gravity waves in mountainous regions of Australia and southern Africa. They averaged the measurements together over the span of nine years to eliminate random deviations in the data. Eckermann compared the process to averaging together hundreds of digital photos of a far-away object to better locate and eliminate distortions obscuring the object. “It’s all about looking really hard at the data and teasing out [hidden] signals,” Eckermann said.

Averaging the data worked, Eckermann said. For the first time scientists were able to see that gravity waves ripple and break at air traffic altitudes in the mountainous regions of major cities such as Sydney, Australia, and Cape Town, South Africa – and did so only some of the time. The research published today in Geophysical Research Letters, a journal of the American Geophysical Union.

Pilots are usually able to predict rocky turbulence by recognizing related cloud patterns, Eckermann noted. But gravity waves from mountains can happen in a completely cloudless sky, so pilots have not had a way to tell whether clear air will be turbulent or not. The waves are also powerful enough, in at least one case, to break wing fragments and knock jet engines off of planes. Being able to directly see when those waves happen will show scientists what weather patterns create them which will help airlines route flights around them and avoid the worst turbulence in the atmosphere, Eckermann said.

Scientists also suspect that breaking gravity waves can indirectly affect many aspects of the weather, but just how that happens will require better understanding of the basic nature of the waves, said Eckermann.

“It’s kind of exciting,” Yale University atmospheric scientist Ron Smith said of the new findings. Smith was not involved with the study. Not only does the discovery of the mountain-produced ripples validate the findings of models that predicted their existence, he said, but it will bring details about the waves’ behavior to light.

For years, Smith said, he and other atmospheric scientists looked for signs of the waves by flying weather balloons near mountains. But the balloons could not ascend high enough to detect waves that had climbed into the stratosphere. Now that scientists can see those stratospheric waves, they can determine how mountains and weather patterns interact to create them.

“Relying on the satellites is by far the best way to do this, and with this paper by Eckermann [and Wu] we can see the waves reach the upper stratosphere in some places but not others,” Smith said.

Scientists have yet to seek out similar mid-latitude waves in the northern hemisphere, but Eckermann said these results indicate the waves probably exist, and it’s now just a matter of looking for them with data from northern latitudes. He also said a satellite could eventually be designed specifically to see allow scientists to see gravity waves in real time.