NOAA: January 2020 Hottest on Record- 3rd Highest for Any Month NOAA announced the January global temperature numbers and just like the European (Copernicus) record they rated it as the hottest January on record. It is also noteworthy that the Argentine Antarctic station recorded the hottest temperature ever measured on the continent as well last week.

NOAA’s statement is below: 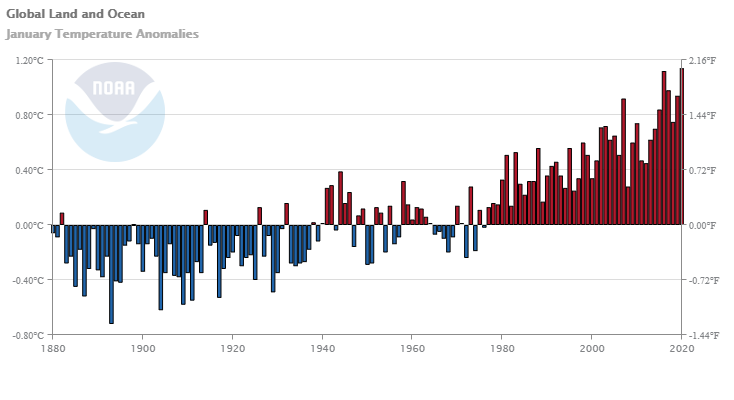