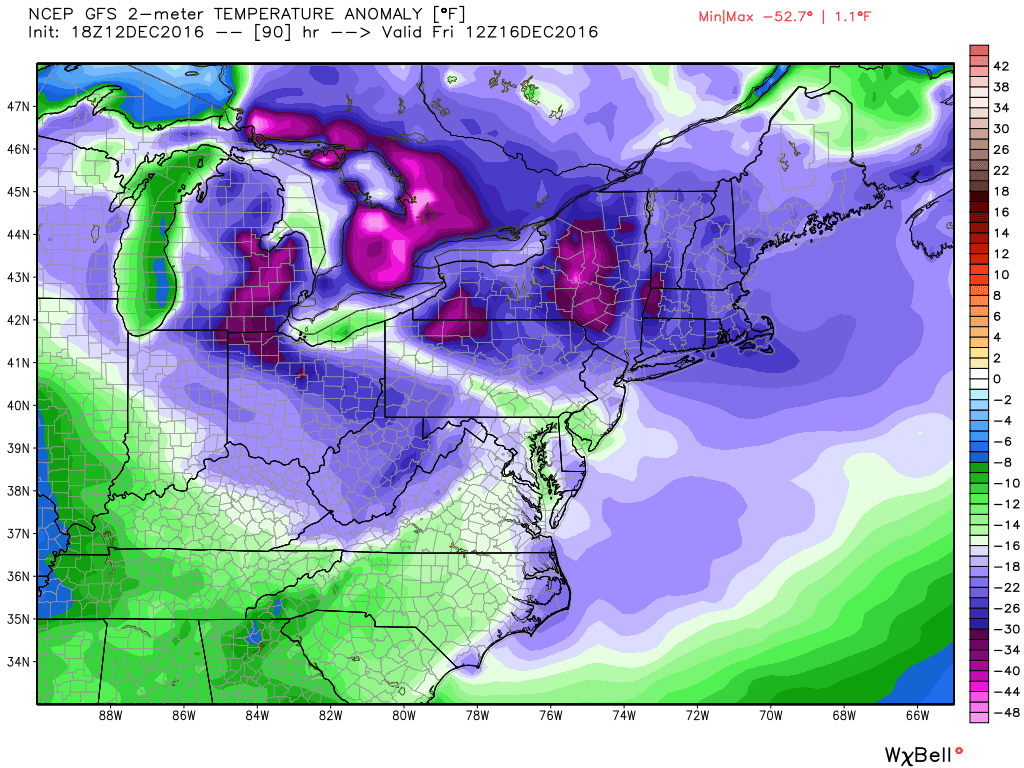 Numerical Weather guidance is indicating temps. over the NE U.S. as much as 30 degrees below normal by Friday!

There is little doubt now that the coldest air of the season so far will reach the Great Lakes and Northeast U.S. by Thursday, and highs Thursday and Friday will not likely reach freezing as far south as Kentucky and Virginia! There will be some more lake effect snow as well as this dry,frigid air crosses the relatively warm waters of the Great Lakes. Just to be clear, the polar vortex will be over Hudson Bay and not the U.S., as some newspapers reported today (USA TODAY).

While it’s very long-range, there are growing indications that the last ten days of the month will be much warmer in the Eastern U.S. with the holidays seeing normal to above normal temperatures, all the way to New Year’s Eve. 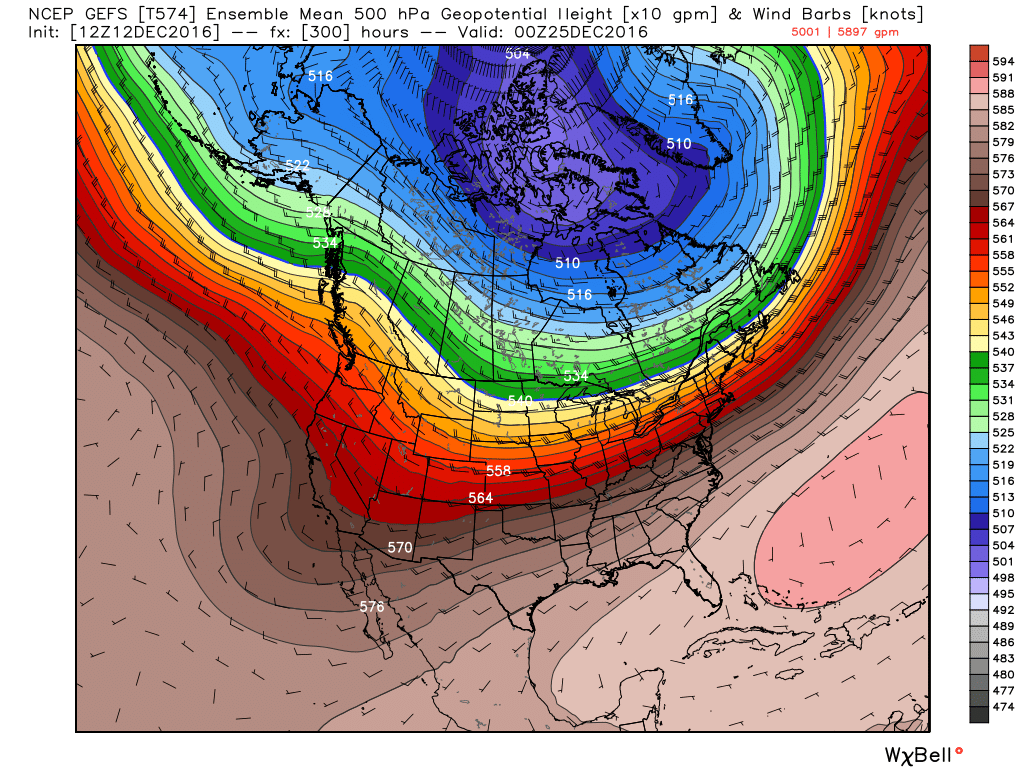 Long range guidance for late November shows a strong westerly wind flow over North America, and it should allow milder air to reach the eastern U.S. It will be rather cold near the Canadian Border, but likely near normal for this time of year.

The southeast U.S. will likely be very mild with well above normal temperatures. This is long-range, but several different model runs have indicated this, and the polar flow also supports it. So far in December, the number of record highs has far outpaced the record lows, and while this air will be cold, the odds are that December will be yet another month with far more heat records than cold ones…