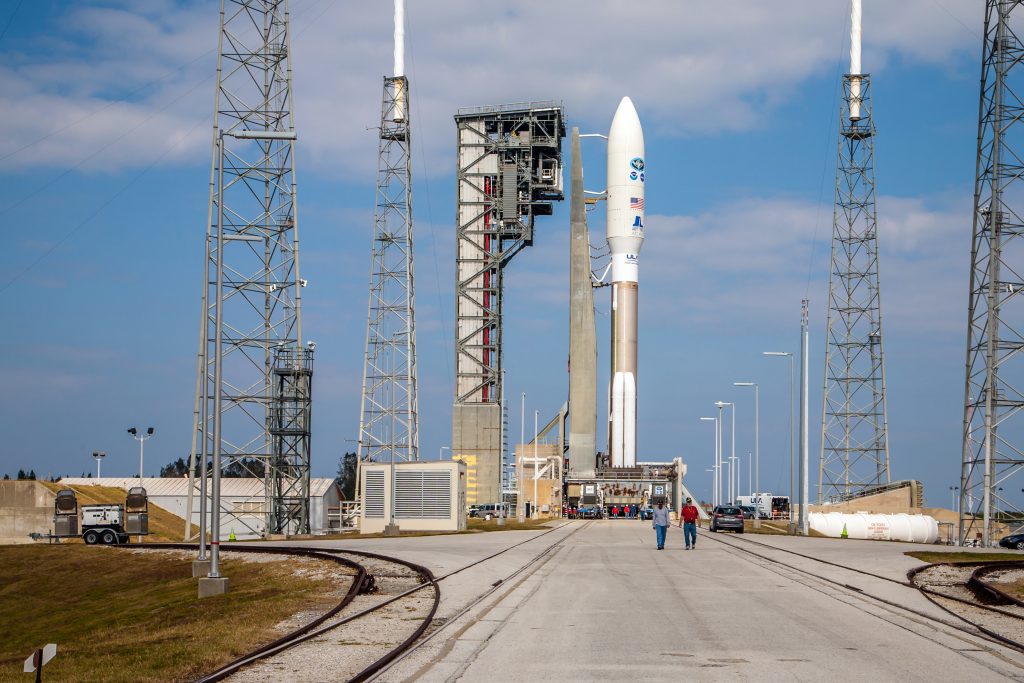 by Meteorologist Dan Satterfield at the Kennedy Space Center

The weather looks good and fueling of the Atlas 5 booster is underway here at the Kennedy Space Center. The weather is warm and breezy, with temperatures near 76 degrees. A cold front is approaching, but few if any clouds are expected with it. The launch is set for 5:42 PM EST, which is about 15 minutes after sunset. The vapor trail behind the rocket will climb into the sunlight, and they often light up in the colors of the rainbow as the sun sets in the stratosphere. It will be over 3 hours after launch before the satellite separates from the upper stage, at an altitude of 19,500 miles! We should have video of that event later tonight, and once that happens, we can say the launch is a success. Six months of checkout will follow, with first data beginning to flow early next year.

Watch the briefing below to understand why this is so important. GOES-R is going to usher in a new era of atmospheric science. The NASA Science Briefing from Thursday afternoon is below. You may recognize a familiar face ;).