This satellite estimate of the total precipitable water in the atmosphere shows two plumes that will likely converge on the Mid-Atlantic. One from the Gulf/Pacific and the other from the Atlantic.

The location of the heaviest rainfall will likely be different from this model run (See below), but very heavy rainfall threat is increasing for the next 72 hours. I rarely post raw model data here, since it can lead to people assuming they’re not going to get the worst of the storm, when they are at risk, but I am making an exception because of the threat to so many people. A Flash Flood Watch is posted for much of Virginia, and it has been expanded to most of Maryland as well.. Atlantic ocean temps off the U.S. East Coast are at record levels, and this will increase the moisture available to this storm system.

GOES water vapor imagery is showing two streams of moisture merging over the region. One from the Pacific and another from the Gulf/Atlantic. With the record warm water temps.the atmosphere will have plenty of moisture to work with. This tends to be invisible until a storm that can take advantage of this thick layer of wet air develops, when that happens, extreme rain events develop. We’ve seen several of these over the past 3 months, from Ellicott City to Baton Rouge.

We may be about to see another. 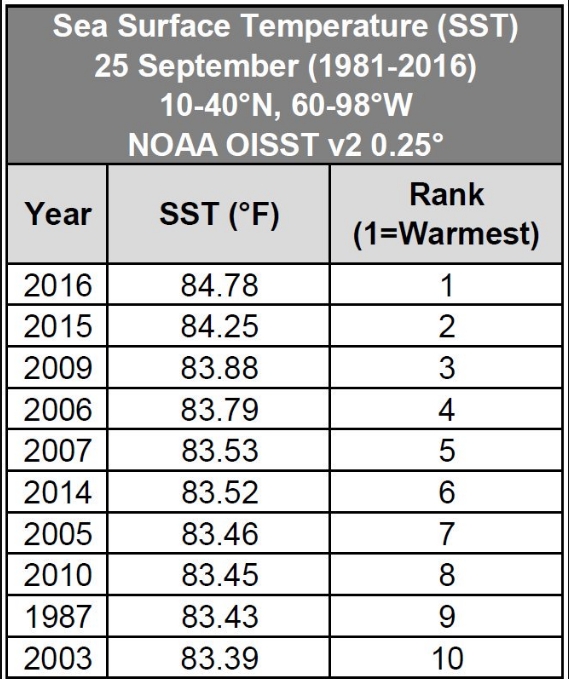