Wise Words from Richard Feynman About Juno and Jupiter JUNO is in orbit around Jupiter, and one of NASA’s most difficult missions is so far a success. I ran across this quote while reading Feynman’s Lectures on Physics tonight, and it is so appropriate.

Dedicated to the folks at JPL, and all who worked and will study the data, from JUNO. 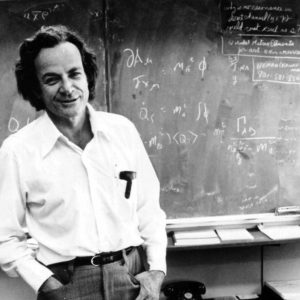 “The stars are made of the same atoms as the earth.” I usually pick one small topic like this to give a lecture on. Poets say science takes away from the beauty of the stars—mere globs of gas atoms. Nothing is “mere.” I too can see the stars on a desert night, and feel them. But do I see less or more? The vastness of the heavens stretches my imagination—stuck on this carousel my little eye can catch one-million-year-old light. A vast pattern—of which I am a part—perhaps my stuff was belched from some forgotten star, as one is belching there. Or see them with the greater eye of Palomar, rushing all apart from some common starting point when they were perhaps all together. What is the pattern, or the meaning, or the why? It does not do harm to the mystery to know a little about it. For far more marvelous is the truth than any artists of the past imagined! Why do the poets of the present not speak of it?

What men are poets who can speak of Jupiter if he were like a man, but if he is an immense spinning sphere of methane and ammonia must be silent?”
Richard Feynman
1918-1988