It’s World Oceans Day, but There is Little To Celebrate 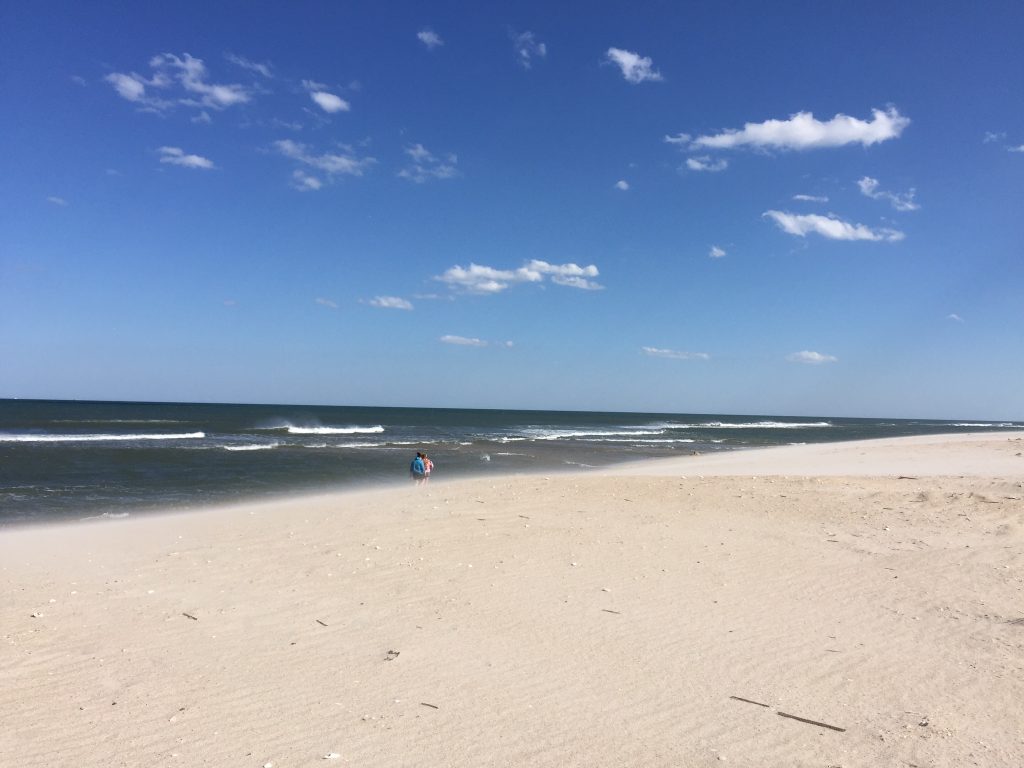 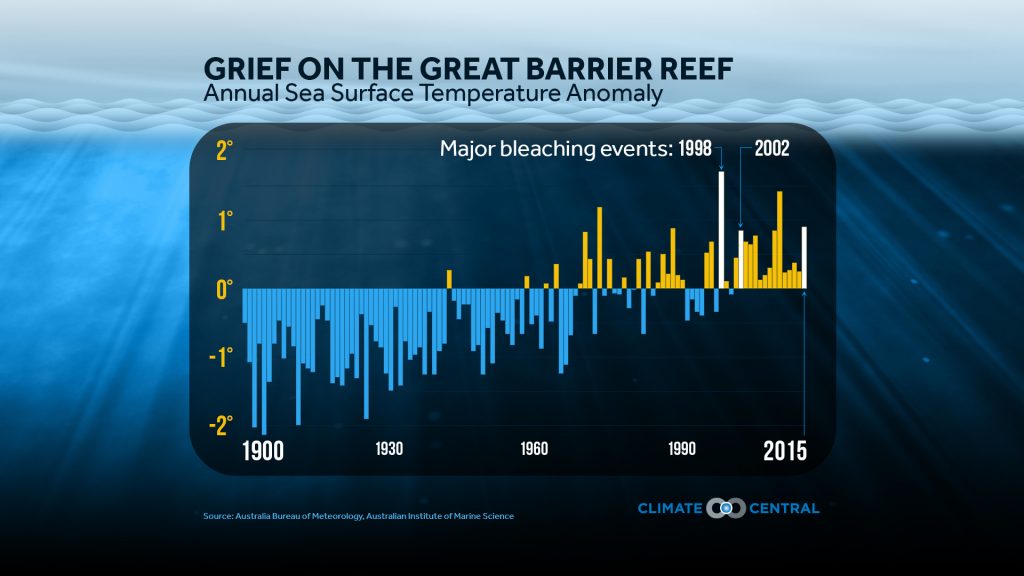 Today is World Oceans Day, and the news about their health is downright alarming. Besides pollution from chemicals and tons of plastic, they are presently the warmest that man has ever measured, and they are getting more acidic due to the increasing levels of CO2 in the atmosphere. The warmth of the water has decimated Australia’s Great Barrier Reef, a UNESCO World Heritage site, and don’t forget the Arctic ocean where the sea ice in May was at record low levels.

You may not realize it, but if something were to disrupt the bottom of the food chain, we would begin to have serious food shortages in a few months and eventually the oxygen levels would begin to drop as well.
Here are some images related to our oceans that are worth looking at and thinking about. 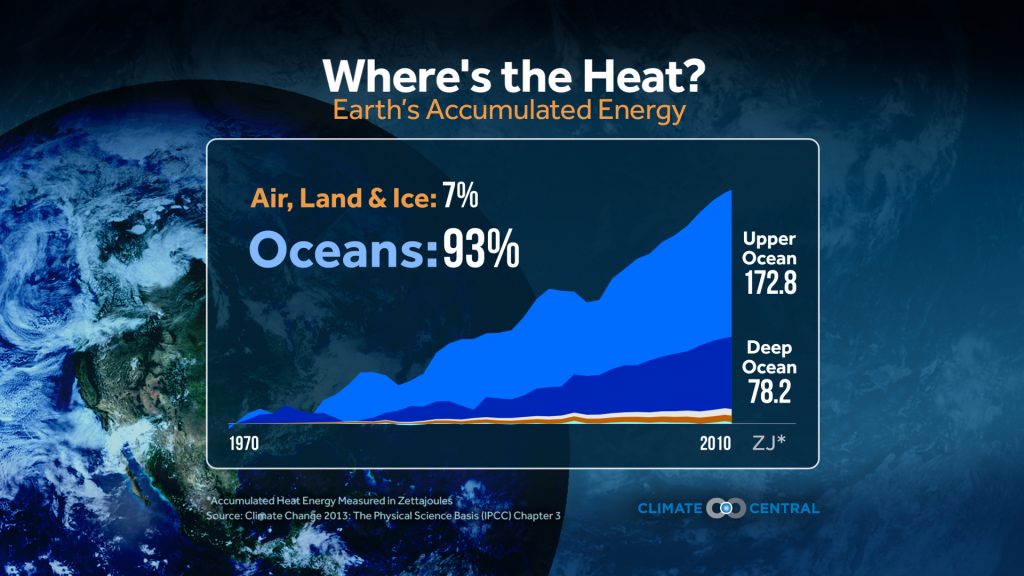 Almost all of the extra heat from rising greenhouse gases is going into the oceans, not the land. 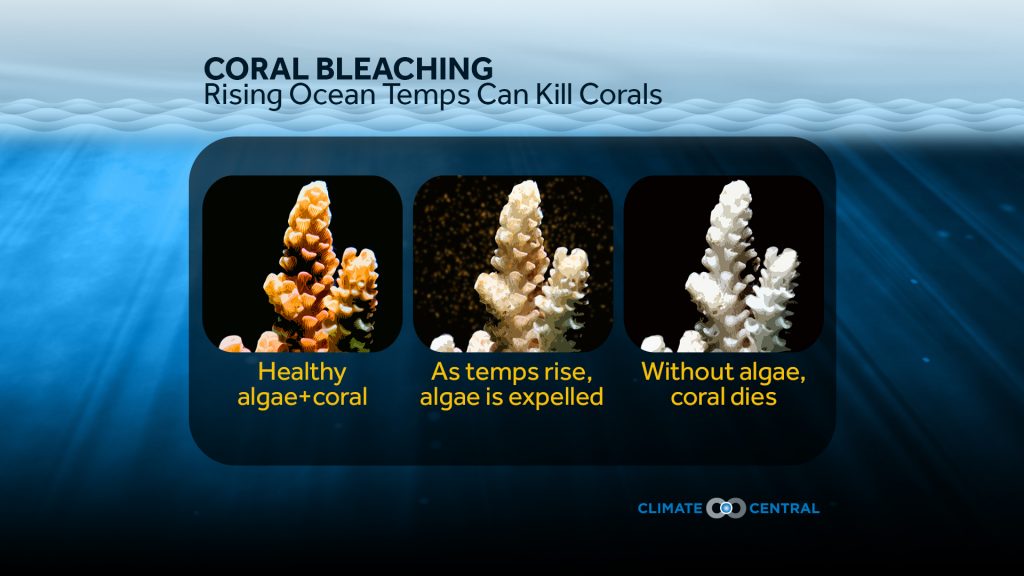 The Arctic Sea Ice Extent is continuing to run at record low levels. Just how this is impacting the weather patterns over the Northern Hemisphere is the subject of considerable research right now. 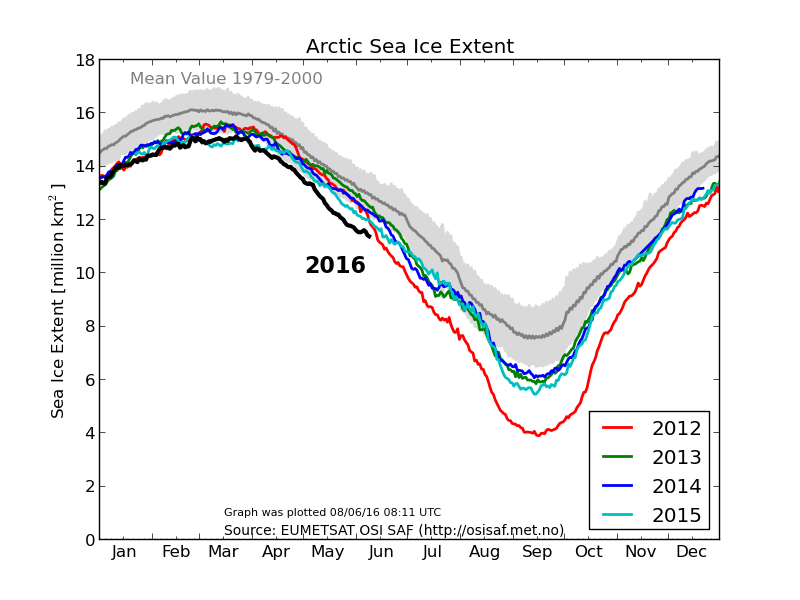 Last but not least the incredible heat in the oceans. Alaska had the hottest spring ever recorded, by an amount that was nothing less than stunning, (over 8 degrees) and look how much of the world ocean is hotter than ever recorded before..

You might be asking yourself what you can do about this, and while there are many, the best perhaps is to openly scorn politicians who tell you that climate change is a hoax, or the pollution of our oceans is not a serious problem.