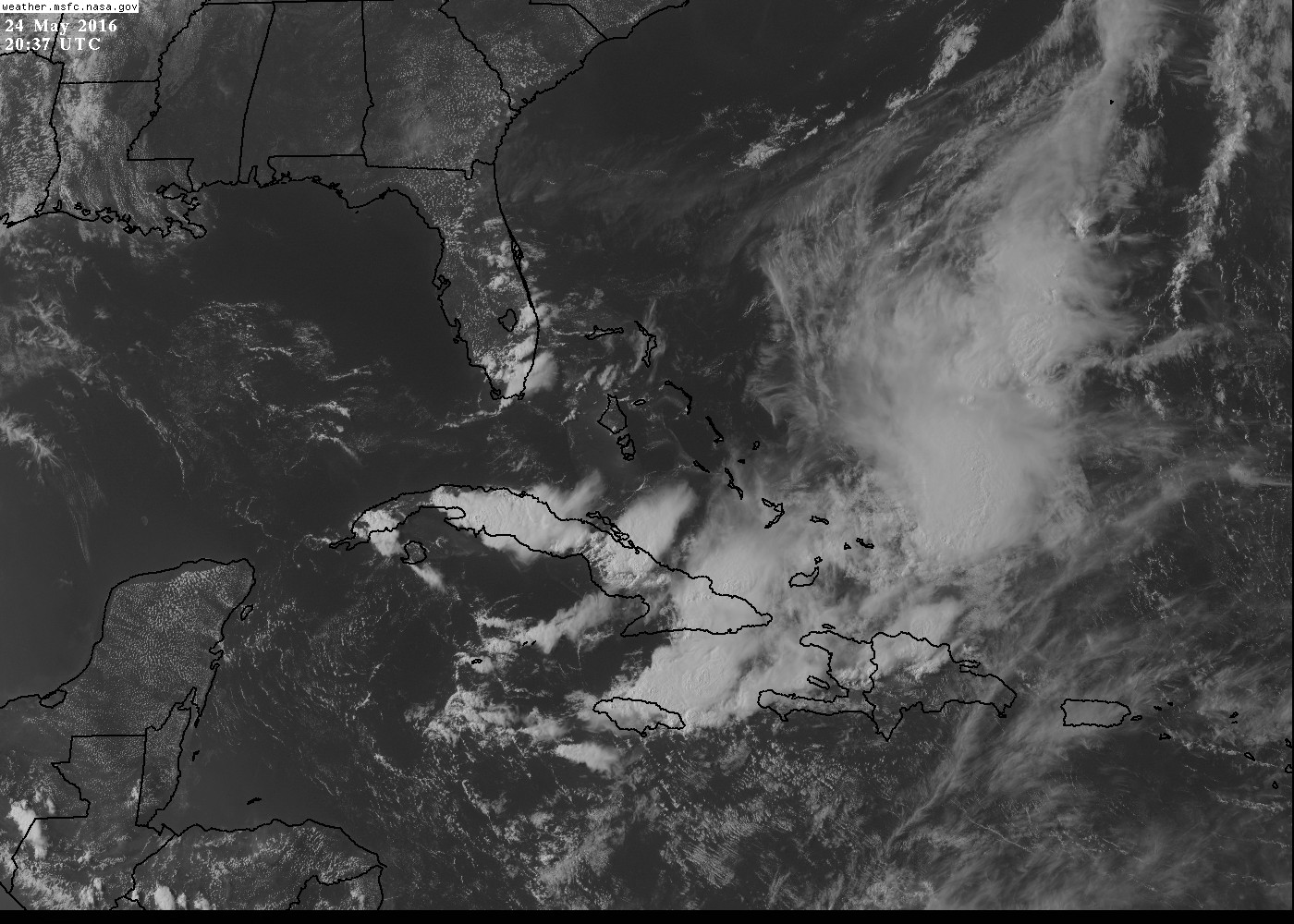 While there is uncertainty over the effects that climate change will have on the nature of tropical cyclones, there’s one aspect that seems clear. The warmest oceans ever measured may very well start the season earlier than the traditional first day of June. A disturbance in the Caribbean is being watched a bit more closely today, and there is some possibility that it might develop into a tropical cyclone. It would be unusually early for this, and water temps. are rather low. A sub-tropical hybrid system is probably more likely, and it is far too soon to have a solid idea of a track, although there does seem to be a possibility it could bring unsettled weather to the Carolinas or Mid-Atlantic by early next week.

Water temps. in the western portions of the Caribbean are just warm enough for tropical cyclone development (~27°C), but it would soon drift over cooler waters. The water temps. are running 1-2° C above average in the area, and the oceans worldwide are currently the warmest ever measured, so tropical cyclone season in the Atlantic Basin can start earlier than it has in the past. If this system does develop and drift northward, it will soon move over water to cool for a strong system to develop, and it will likely become a hybrid system. 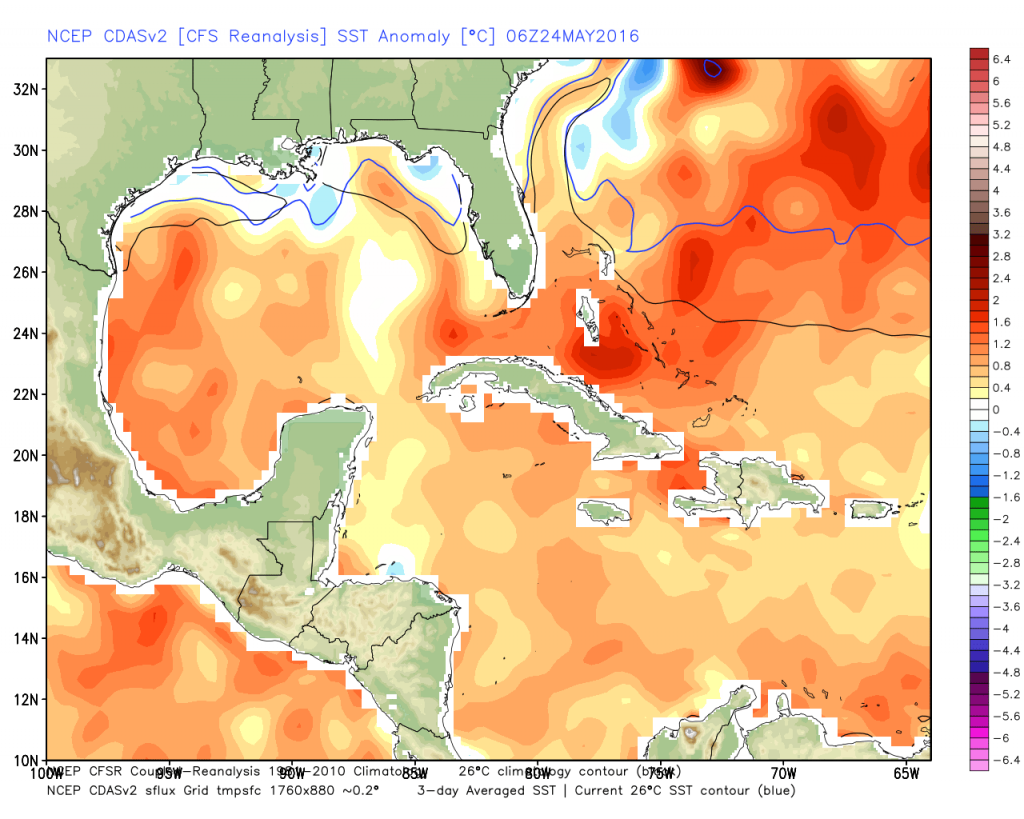 Water temps. are running well above normal for late May in the Western Caribbean.