Southeast Asia Is Burning, and You can See It From The Moon

The image below is from the new Japanese Himawari weather satellite, and you can clearly see the smoke from forest fires covering the region around Indonesia. FYI: The image sensor on Himawari can detect light in the red, green and blue visible wavelengths and is the only weather satellite in geostationary orbit that sends back true colour images. Not only can you see it from 40,000 km in space, you can see it on the true colour images coming from the Deep Space Climate Observatory, a million miles out in space as well. 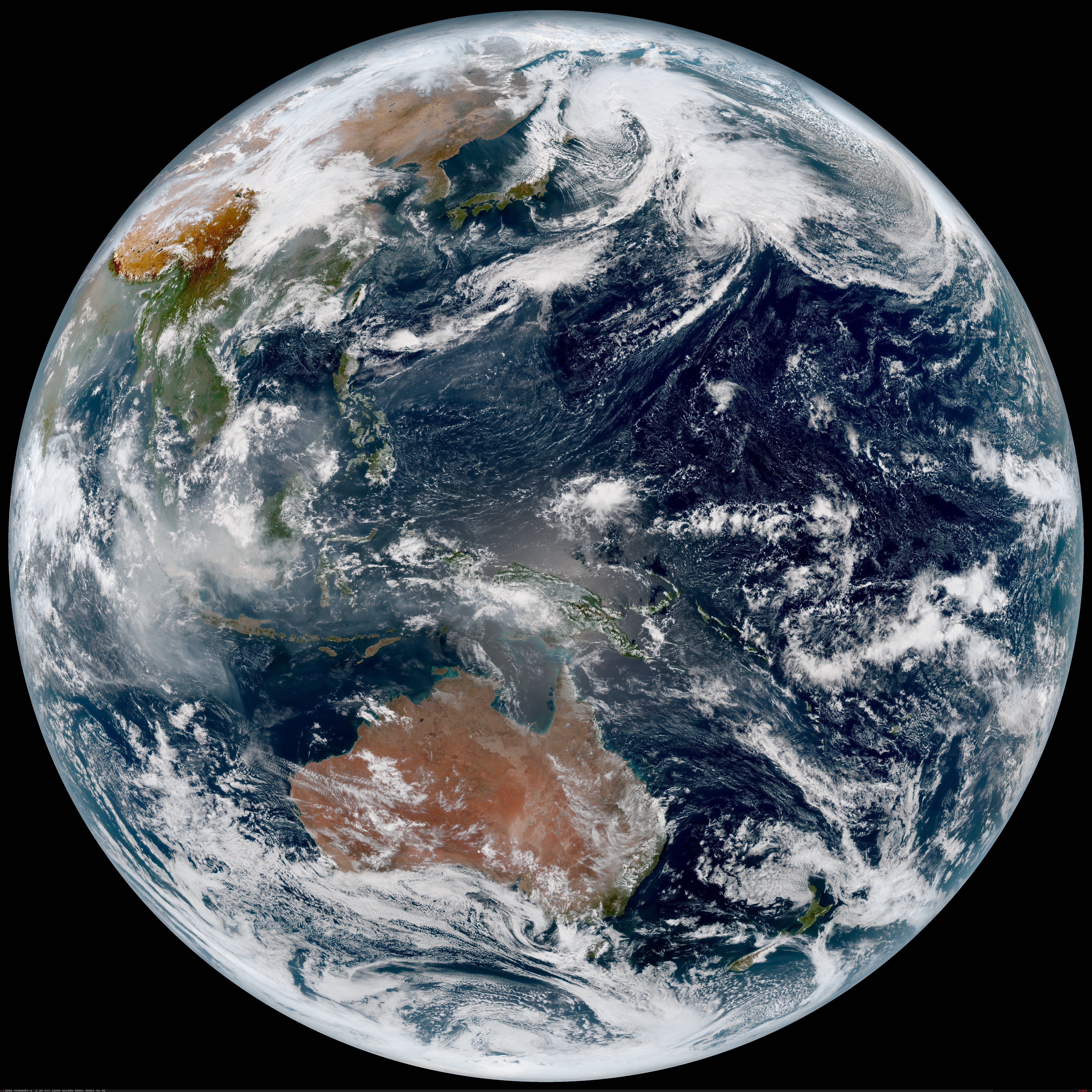 Himawari full disk. Click for a HUGE version. The hazy spot north of Australia is sun glinting off the ocean, but the smoke is clearly seen to the left of it.

So what’s going on? The answer is palm oil. These fires are being deliberately set, and with rainfall below normal, the forests of Indonesia are very dry. This illegal burning issue happens every fall, but the dry weather has made it much worse this year and the government is looking into possible evacuations, to get children away from the dangerously polluted air. El Nino is probably playing a big role here, since it usually brings very dry weather to Southeast Asia. The smoke from the Deep Space Climate Observatory satellite. This is a zoomed-in version, because Earth looks pretty small from a million miles out! Click for large image.

An Environmental and Human Rights Emergency

Linsey Allen has a great piece in the UK Guardian about the cause of these fires, and she calls out major food companies like Kraft, and PepsiCo that still source palm oil from Indonesia. Here is a quote from the story:

“The conflagrations raging out of control across Sumatra and Borneo are a global scale environmental and human rights emergency, but the players involved, from the Indonesian government, commodity producers and traders, to Western snack food companies, have so far largely failed to connect the dots to strike at the core of the problem.

If you have not flown over the region recently, it is truly difficult to grasp the immense scale and extreme implications of this tragic situation. Malaysia has begun evacuating citizens from Indonesia because the risks of prolonged exposure are so severe. Flights are cancelled daily as airports across the region shut down and in Singapore schools are being closed because the air quality is so bad it is a serious threat to human health. People are literally dying because they cannot breathe.”

I suspect 90% of the population of America has heard nothing about this, although the BBC did run a story in early October, when Malaysia demanded that Indonesia do something. Smoke doesn’t need a passport to cross borders, and Malaysia is fed up with it. The New York Times ran a big story Friday on it as well. Smoke like this can actually reduce rainfall across the region, and with drought common in these areas during an El Nino, they need every drop they can get. A 2006 study confirmed that dry weather from El Nino is likely causing the smoke to linger in the air longer than usual. You should take the time to read this excellent summary of the science from NATURE in 2003.

Getting palm oil from sustainable growers can stop these fires, and the World Wildlife Fund has a fact sheet that shows how individual companies are performing. I was surprised to see some well-known U.S. brands listed as black sheep.