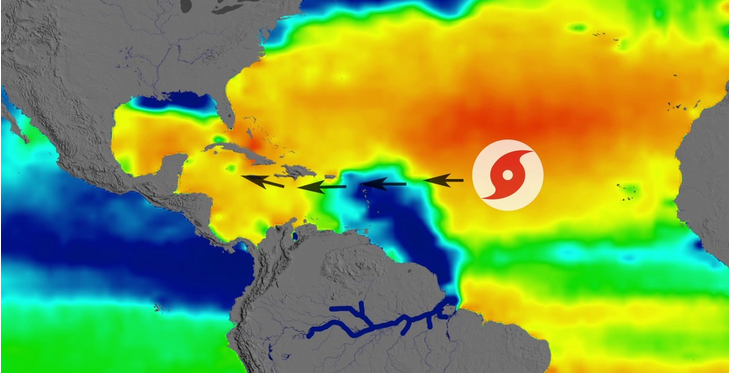 Note the freshwater plume from the Amazon River in the Atlantic. Many strong hurricanes pass over this plume.

This freshwater plume inhibits the mixing of colder water beneath the surface, and thus can add a lot of heat to an already powerful hurricane. The NASA Aquarius satellite has a sensor that can measure ocean surface salinity, and it’s data produced the the video below. A paper about this plume and how it can affect hurricanes was published in Geophysical research Letters in 2012. It’s free to read here. (LINK FIXED!)