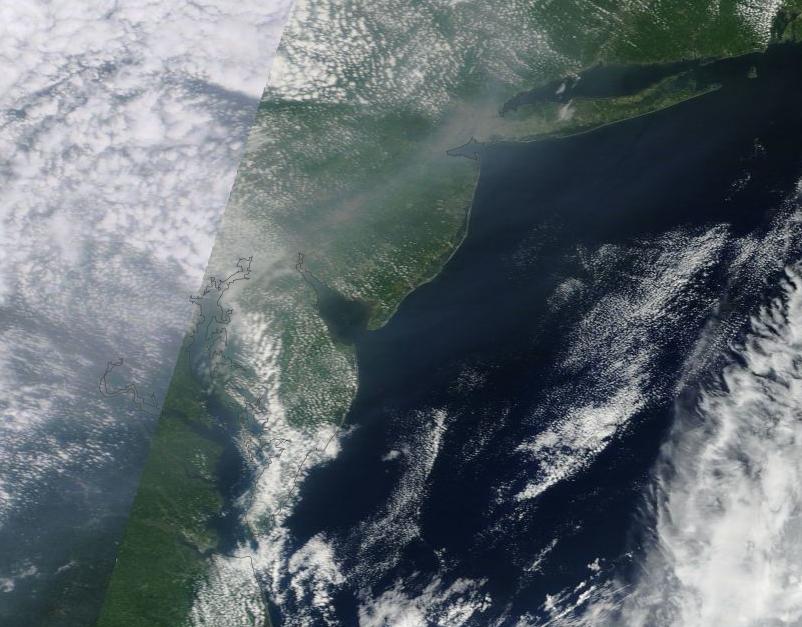 From NASA Terra Satellite Tuesday Afternoon July 29. This image is made up of two satellite passes. The earlier pass on the left was at a lower sun angle, and the smoke shows up very well.

In spite of an unusually dry and cool air mass over the eastern seaboard of the U.S. this afternoon, the sky is a milky white due to smoke from the wildfires in Western and far northern Canada. An even denser layer of smoke covers the western portions of Hudson Bay as well. Here is the view of the sky over Maryland at 630 PM, and the usual deep blue sky behind a strong cool front is missing today! It is actually looking like the smoke is thinning and moving out to sea, because it looks noticeably less milky than 3 hours ago. The smoke almost certainly affected the weather as well, with high temps (over Maryland and Delaware) were running about 3 degrees cooler than I forecasted today.