It comes as no surprise to those who follow climate science but NASA announces this week that the first decade of the new millennium was the warmest on the instrumental record.

Gavin Schmidt of NASA GISS is one of the worlds top climate experts. He has the answers to some common questions about the temperature record here. 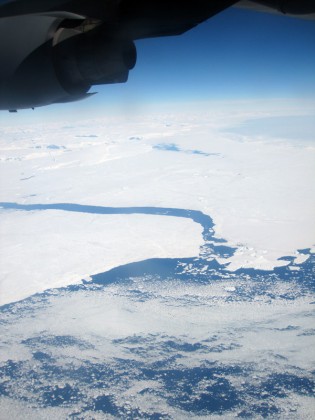 NASA says 2009 was the warmest year on record in the Southern Hemisphere. Sea ice in Antarctica- Dan's picture

The National Climate Data Center in Ashville, NC and the Hadley Centre in the UK also keep track of world temperatures. All three do it slightly differently but in general have come up with the same conclusions. We are living in the warmest period in the last 150 years.

Using proxy data from things like tree rings and bore holes and several other methods, you come up with something even more dramatic. We are probably living in the warmest period in several thousand years.

NASA also says that 2009 was the second warmest year on the instrument record while in the southern hemisphere it was the warmest.

This also comes as a paper goes to press in Geophysical Research Atmospheres (AGU Journal) that puts an end once and for all to the foolishness put out last summer by a skeptic blogger claiming that the temperature record is untrustworthy. The claim was that poor siting of thermometers was causing the record to show warming that wasn’t there.

Matthew J. Menne and others at the National Climate Data Center (NOAA) have found that there is indeed a slight bias but it was already accounted for. Oh, and they also found that the bias was in the OPPOSITE direction. It was causing temps. to be reported slightly cooler than they really were!!

It’s amazing what you find out when you do real science and publish in peer reviewed journals instead of making silly claims. What is sad is the scientific illiteracy is so bad in the USA that millions of people believed the original claims hook line and sinker. I get email comments almost daily about it.

The NCDC paper is HERE.