By Scott Jasechko and Debra Perrone

In December, 2016, the Environmental Protection Agency finalized a report [Ref. 1] on hydraulic fracturing and drinking water resources that, among other conclusions, states:

(a) Quote from [Ref. 1]: “scientific evidence that hydraulic fracturing activities can impact drinking water resources under some circumstances”

(b) Quote from [Ref. 1]: “When hydraulically fractured oil and gas production wells are located near or within drinking water resources, there is a greater potential for activities in the hydraulic fracturing water cycle to impact those resources.”

Tens-of-millions of Americans rely on groundwater stored in aquifers for drinking water. Because it is possible that hydraulic fracturing activities can impact water resources (i.e., quote (a) above), and because groundwaters located close to hydraulic fracturing activities are more likely to be impacted than those farther away should a contamination event occur (i.e., quote (b) above), it is important to assess how many domestic groundwater wells are located close to hydraulically fractured wells.

Our study has two main findings. 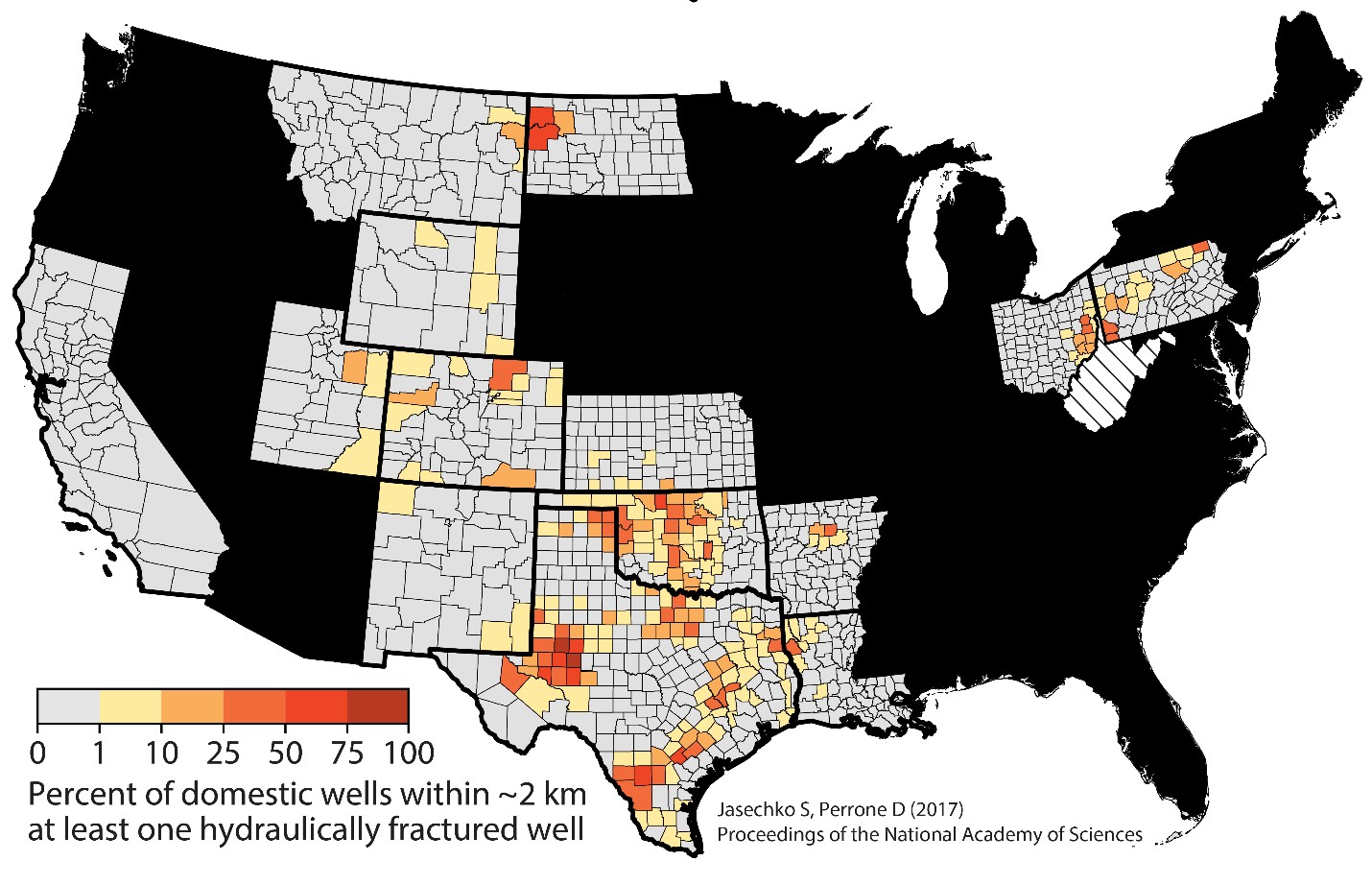 Figure 1. The percentage of domestic groundwater wells that were constructed between 2000 and 2014 that have a recorded location that lies within a 2 km radius of the recorded location of at least one hydraulically fractured well that was stimulated during the year 2014. 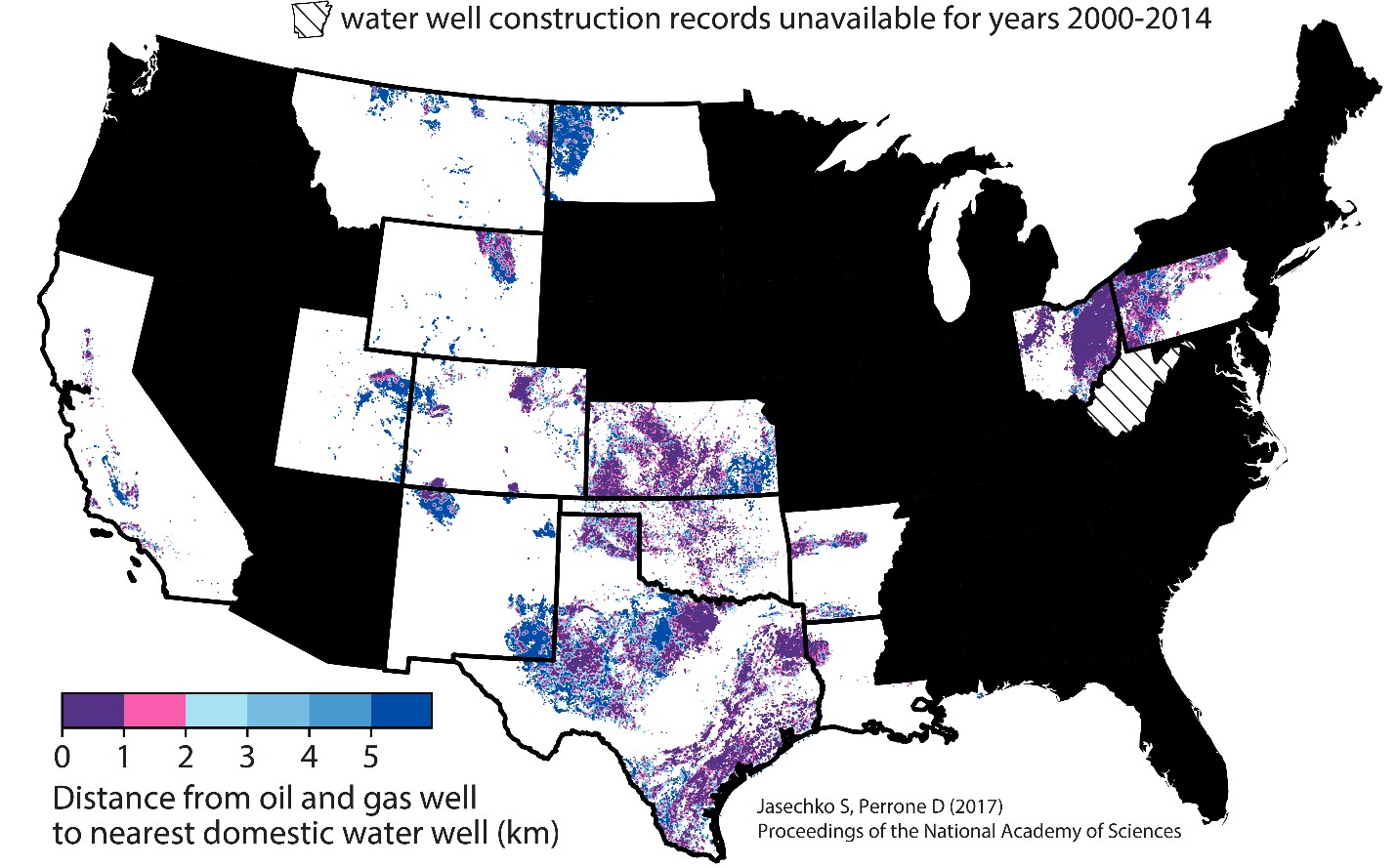 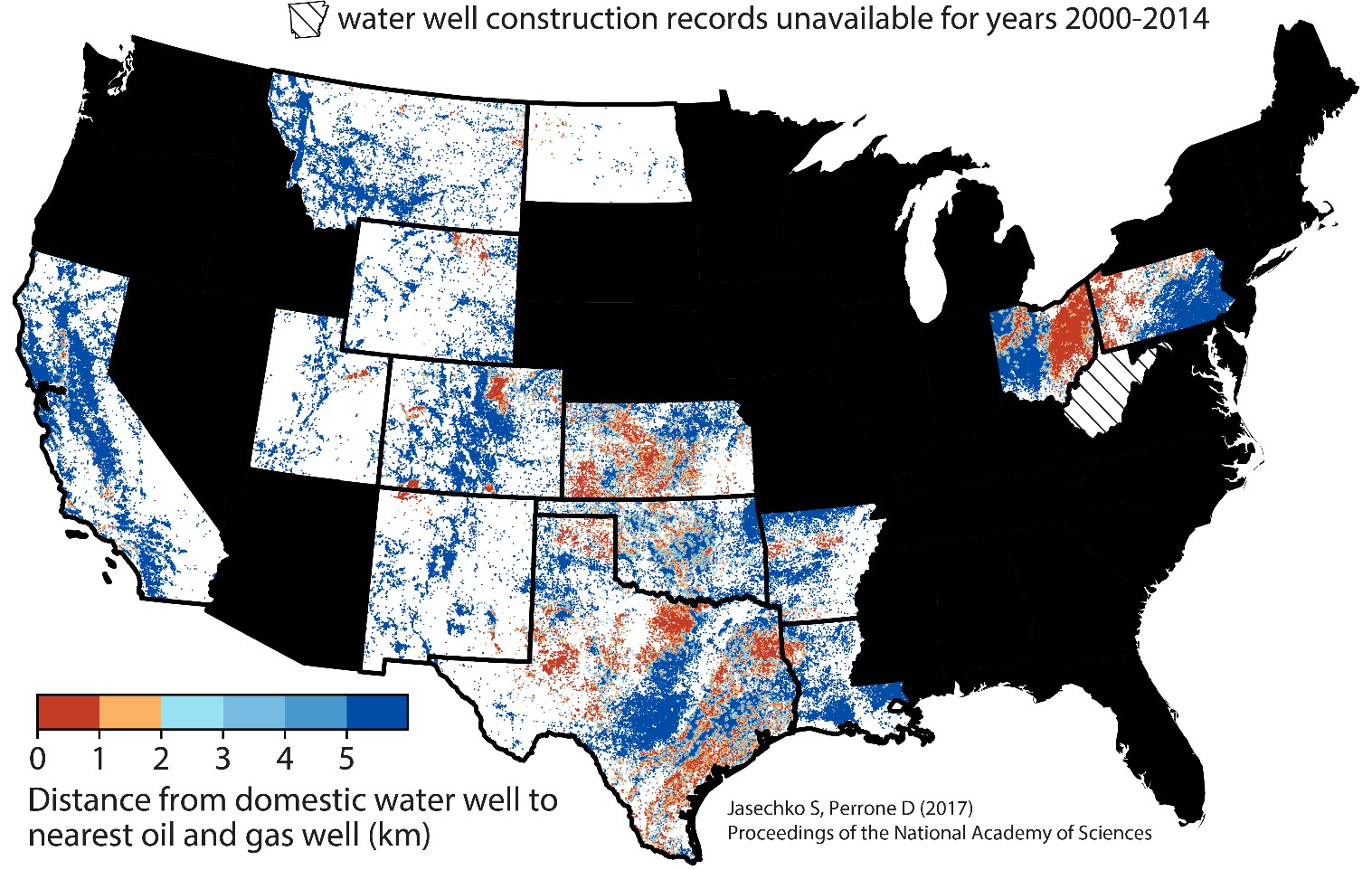 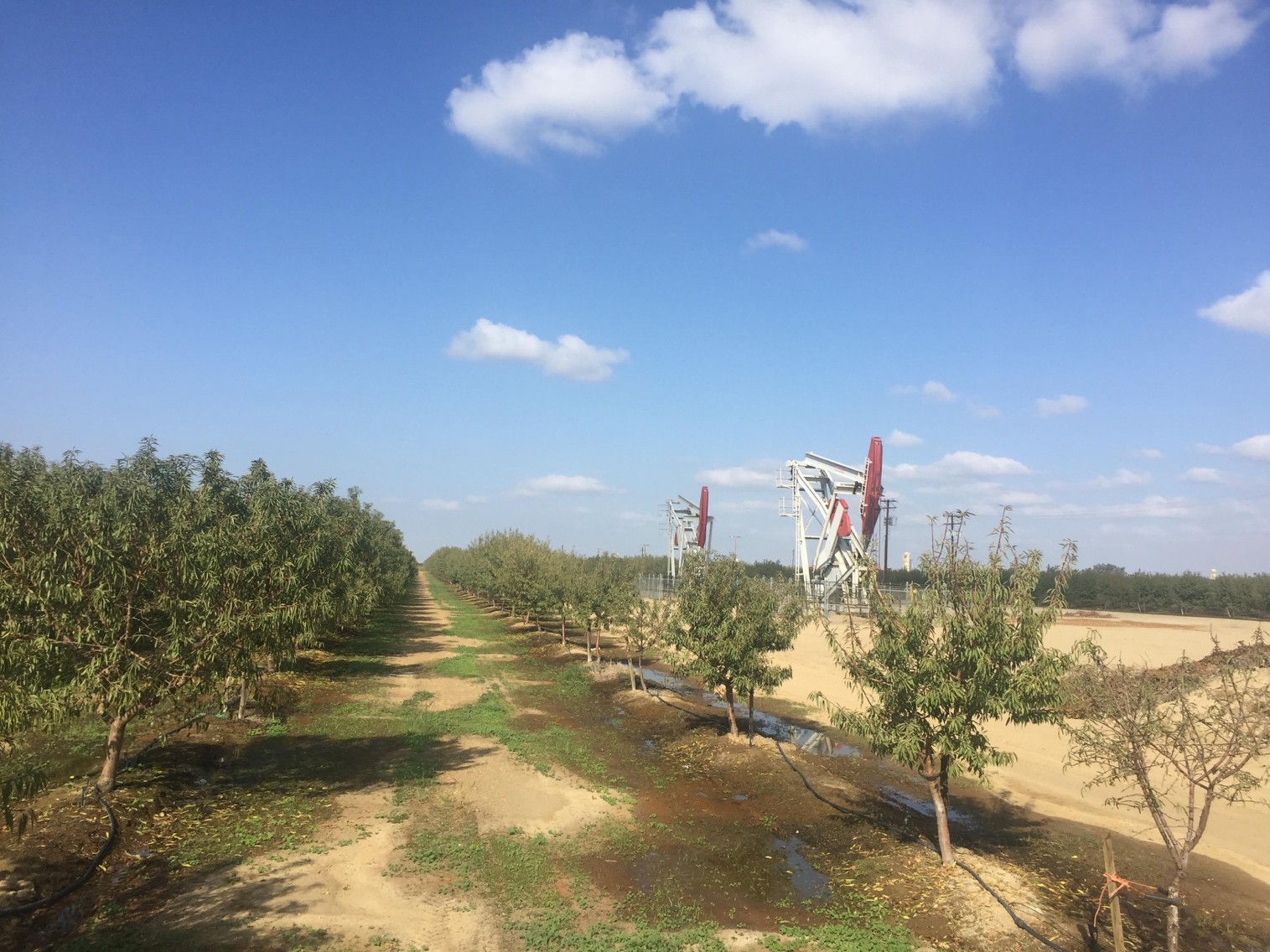 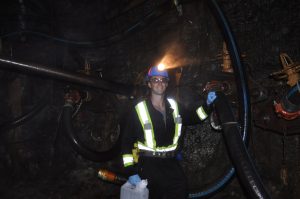 Find out more about Scott’s research at : http://www.isohydro.ca. 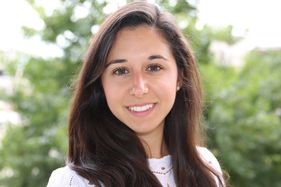 Debra Perrone  is interested in the multifaceted interrelationship between water, energy, and food resources. Her research explores how the interactions among these resources affect decisions and tradeoffs involved in water resource management.

Find out more about Debra’s research at: http://debraperrone.weebly.com/.