How old is the Grand Canyon? The speleologist knows…

I learned a new word in Science this week:
Speleology: the study or exploration of caves. Think “spelunking.”

The word was in an article by UNM geologists Polyak et al. on a new age estimate of the Grand Canyon. For many years now, geologists have estimated the formation time of the Canyon at around 6 million years. The new study puts the age at close to 20 million. This may sound slow, but it’s still wicked fast on geologic times. Especially when you consider that the Canyon is ~1 mile deep!

The reason I liked this study, aside from the use of words like speleology and mammillary (yes, mammillary), is the method they used to date the Canyon: by dating groundwater deposits in caves! The round deposits, called cave mammillaries (for obvious reasons), form in caves below the water table, and are made of calcite and gypsum. Check out these mammillaries (I’m not trying to be obscene, really): 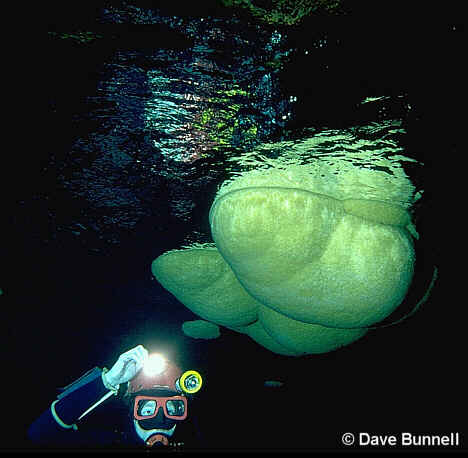 By dating the minerals in the mammillaries, the geologists were able to track the river water level in the canyon over time, and up and down the Canyon. They found that the erosion rate in the Canyon was much higher toward the beginning of its formation, and that it didn’t all form at once. So, how did it form, you ask? Here’s the basic idea behind their hypothesis:
1) The Colorado Plateau was tectonically uplifted ~20 million years ago
2) The uplift caused incision of the western Grand Canyon by a smaller stream
3) About 6 million years ago, the western Grand Canyon broke through to the Colorado
4) The shallower eastern Canyon was rapidly cut by the Colorado River
5) Erosion rates slowed to what they are today (75 meters per million years)

All this from minerals in caves! Maybe one day we’ll be able to do some speleology on Mars….