Geomagnetic Storm May Bring Aurora Into the U.S. Tonight. 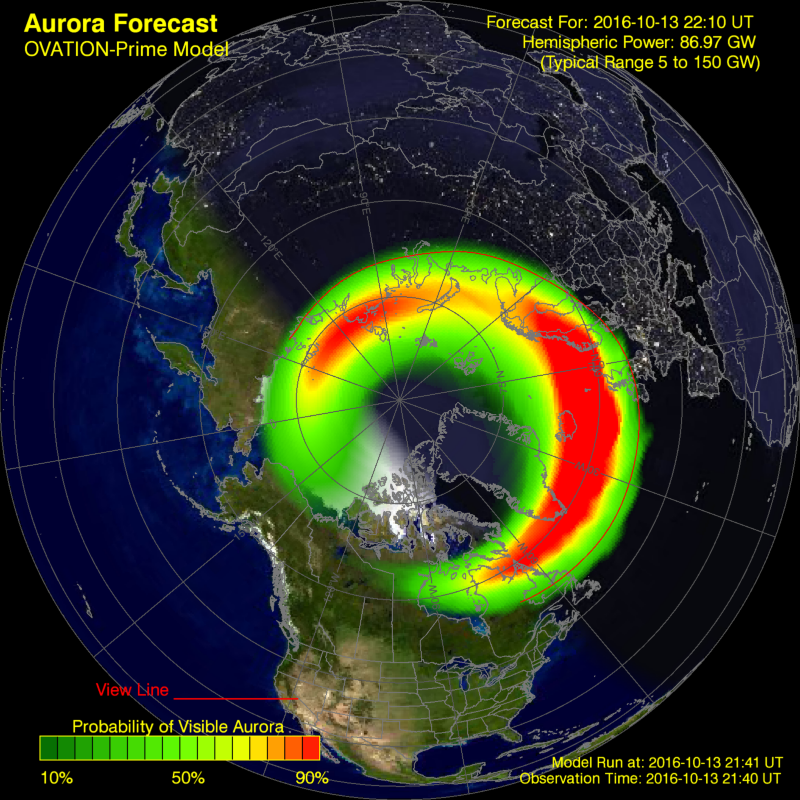 The current aurora is still well north of the U.S. but there is a chance it will drift south tonight if the magnetic storm strengthens. 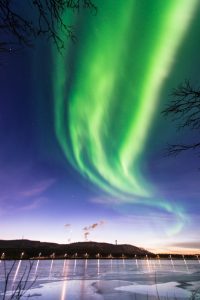 This aurora pic from Sweden was posted on Twitter by Mia Stalnacke.

A fairly strong geomagnetic storm has produced some amazing aurora pics across Greenland and Norway in the last few hours, and there is a decent chance that the northern lights may reach as far as northern Pennsylvania late tonight. A large high pressure system is bringing clear skies and exceptionally good visibility to the Great Lakes, and NE U.S. tonight, so conditions will be good, IF the storm is strong enough to bring the lights south into the States.

Based on the current Kp Index, the odds of seeing the lights are about 30% in PA. climbing to near 40% near the Canadian border from New York, all the way to Washington State. The storm has been underway for a while, so it may be about to fade, but they are not very predictable. There is some hint that the index may climb to as high as 8 this evening (and into the night) which would bring the lights well south, perhaps as far as Nebraska, to Northern Virginia.