Matthew is gaining strength again tonight, and Florida and South Carolina are still going to see a significant (perhaps severe) storm. If the eye stays out to sea, it will not be as bad as it could be, but if it crosses just inland, much greater damage and a major storm surge is likely. 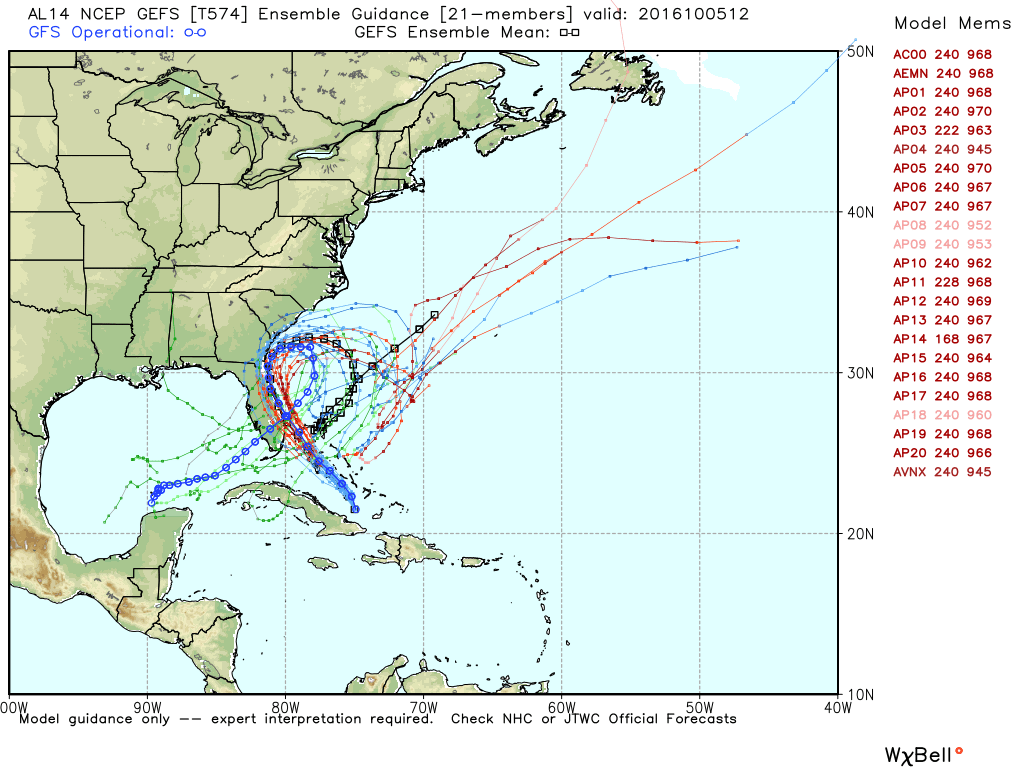 Still a rather large disagreement between the higher res. regional models and the global models today. The European model (Considered best by forecasters) and the NOAA Global model (GFS) are in decent agreement, but we cannot totally discount the HWRF, GFDL, and the short-range ensembles, which show a track closer to the coast of Florida and even South Carolina.

What my fellow meteorologists are talking about today:

The NOAA GFS followed the Euro model this morning, but 12 hours later (where have we seen that before), and if this ends up verifying, it’s a another piece of hard evidence that the lack of funding for NOAA science/supercomputers is costing money, and perhaps even lives. Most of my fellow meteorologists believe we must rapidly improve our numerical modelling. NOAA now has a new high-speed super computer, but we need to improve these models, and do it quickly Yes there are some real bright spots in our high-resolution short-range modelling, but Europe is well ahead of us in many ways, and not just in modelling. History shows that nations that do not fund science, or whose citizens (or even worse it political leaders) do not have a basic science literacy, will not succeed economically in the long run.

GOES-R launches in less than a month, but Europe and Japan have had much better satellites in orbit than our present platforms for quite some time. GOES R could have had an instrument (Sounder) that would have provided even better data for the numerical models, but it was dropped due to budget cuts. If it were not for the satellites, our numerical models would be far less accurate. Think that 12 hour model difference is not a big deal?

Tell that to the thousands who are evacuating in Florida and South Carolina tonight.