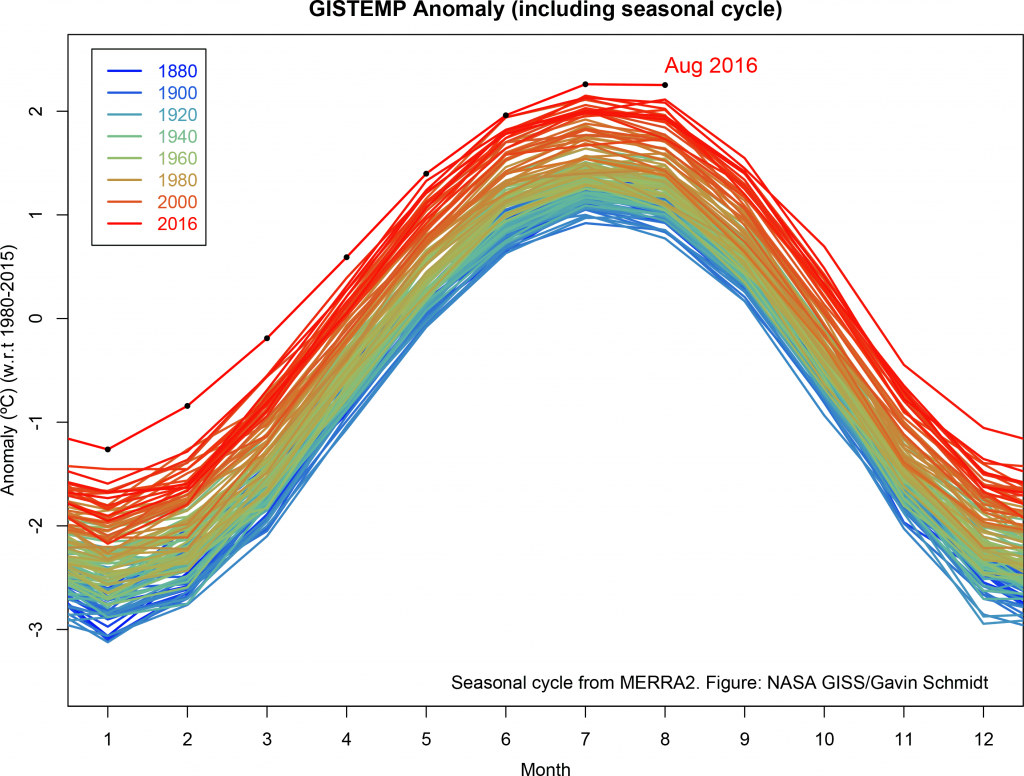 From NASA Goddard/Gavin Schmidt. This image shows ever year on the record, with respect to the average temp. from 1980-2015. 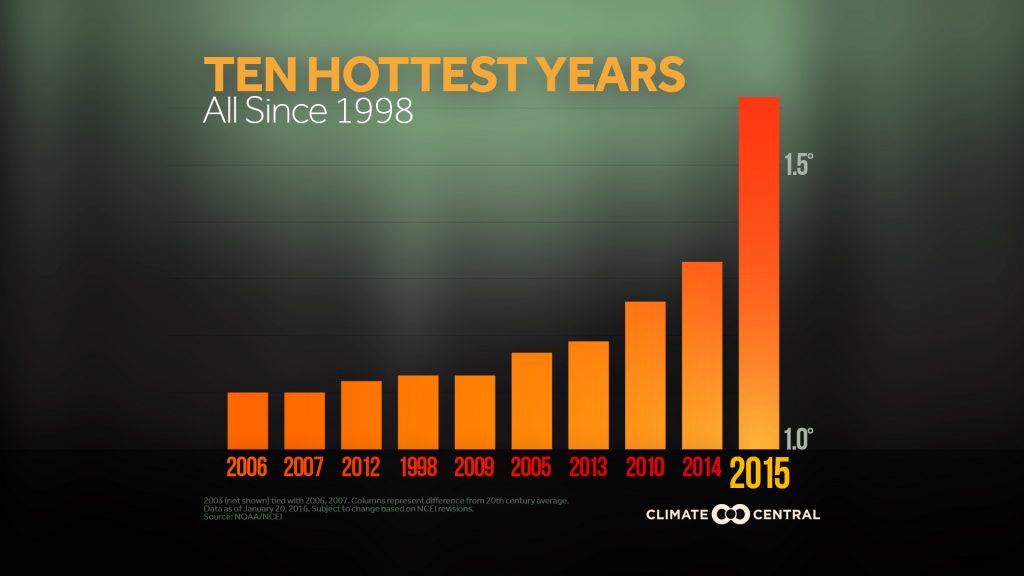 It now looks as if there will not be a La Nina this winter, which would have cooled us back a bit, so the incredible warmth of the planet is likely to continue.

In the Arctic, the sea ice is now at its 4th lowest on record. Here is an update from the Nat. Snow Ice Data Center: