You Can Thank These Three People for Earth Day 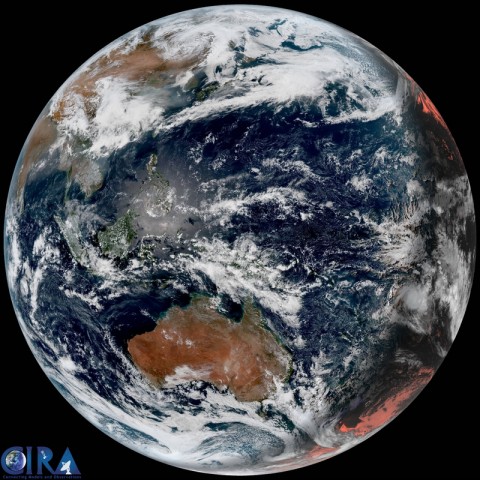 Full disk view in true color from the Japanese Himawari Weather Satellite. It was taken early this morning on this 46th Earth Day.

I remember very well watching the CBS Evening News (46 years ago today) on the first Earth Day. It was a major story, and I believe Walter Cronkite led the broadcast with it. We know a lot more about our planet now than we did then, and there have been some amazing successes in protecting our environment. We now know something that was not well understood then, and that is the damage we are doing to our livable climate. The first Earth Day was in large part due to some shaky black and white images from a TV camera on-board Apollo 8 in December 1968, as humans left low Earth orbit for the first time, and headed toward the Moon.

The live images of Earth beamed back from Apollo 8 that cold December afternoon were stunning. No, not the picture quality, it was terrible, but the impact of seeing our whole planet, sitting in the deepest black of space, was powerful. It was the first time we humans  saw a live image of our entire fragile planet. Most folks who are younger than 50 have never seen this video, since the Moon landing a year later is much more often shown on TV. I can tell you though that those images from Apollo 8 Saturday afternoon, December 21, 1968 stopped nearly everyone in their tracks! You can see what that TV coverage looked like on this archive video from CBS News below: 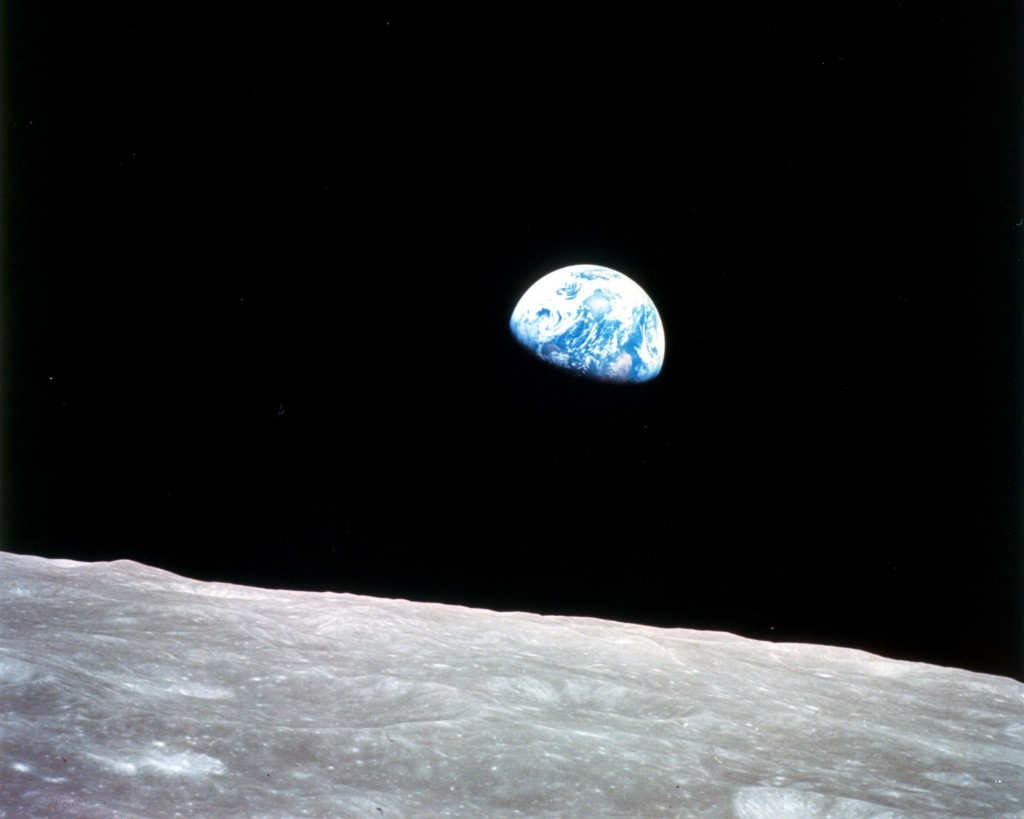 After Apollo 8 returned, NASA published what is likely the most famous photo ever taken. The “Earth Rise” image, taken as Apollo 8 entered orbit around the Moon, is considered to be the one image that changed the way we see our planet. Before that photo, we looked at Earth as a wild place to be conquered, but afterwards most folks saw it as it really is: Our fragile home in a cold and dark cosmos. Earth Day is mainly due to three humans, who were also superb astronauts. Bill Anders, Frank Borman, and Jim Lovell.  I’ve shaken hands with James Lovell, and my mouth was dry for an hour afterward! What they saw and what they shared with us, changed how we see ourselves.

What they saw and what they shared with us, changed how we see ourselves, and we now know something that was not well understood then: the damage we are doing to our livable climate. We are making progress there, in spite of a vocal and shrinking group of people who refuse to accept scientific fact. The Earth is a different place than it was when that image of Earth was taken, it’s warmer and much more polluted. The oceans are higher and there is far less ice at the Poles. Carbon Dioxide levels were around 325 ppm then, and now they are over 400 ppm, but the best and the brightest of us are changing the way we make energy, and it will leave us all richer and healthier.

A few years later, Carl Sagan would write about seeing Earth from a great distance, and how it made us feel. Voyager One sent back an image of Earth as it sped out of the solar system, and from that great distance, our home in the cold empty black of space was just a tiny, pale, blue dot. Sagan’s words are something that everyone should read on Earth Day. The video from Sagan’s series COSMOS is below, with Sagan himself reading what he wrote about that pale blue dot.

You Can Thank These Three People for Earth Day