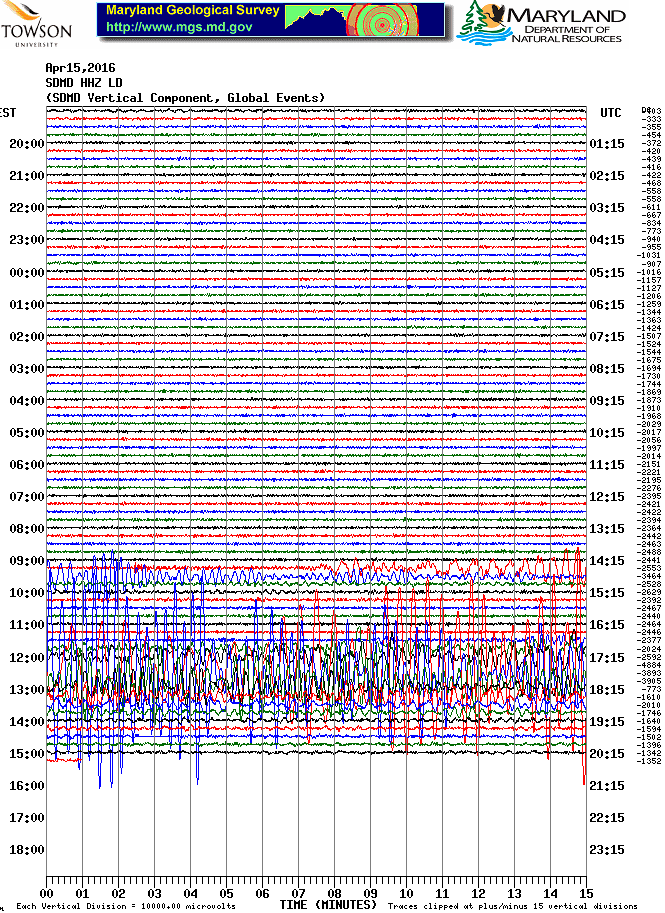 The seismogram (above) at Towson, Maryland clearly shows the strong japan quake that occurred at 11:25 AM EDT this morning. It took about an hour for the first waves of the quake to reach the Eastern U.S., and seismograms around the world have been showing this quake very clearly, including one at Palmer Station in Antarctica. The difference in the arrival time of the “p” and the “S” waves indicates how far away the quake was, and this time difference between the waves is used to locate the quake. You can learn more about earthquakes here on a blog post from 2014.

You have to be careful looking at YouTube videos, since quakes tend to bring out the crazies(Online preachers claiming it’s a sign of “the end times”), and those who love to spread a hoax,but this one below from a dashcam appears to be real. Japan broadcaster NHK has reported that 9 people are dead, with many injuries, and they have a late report here.