This Has Meteorologists Talking Today 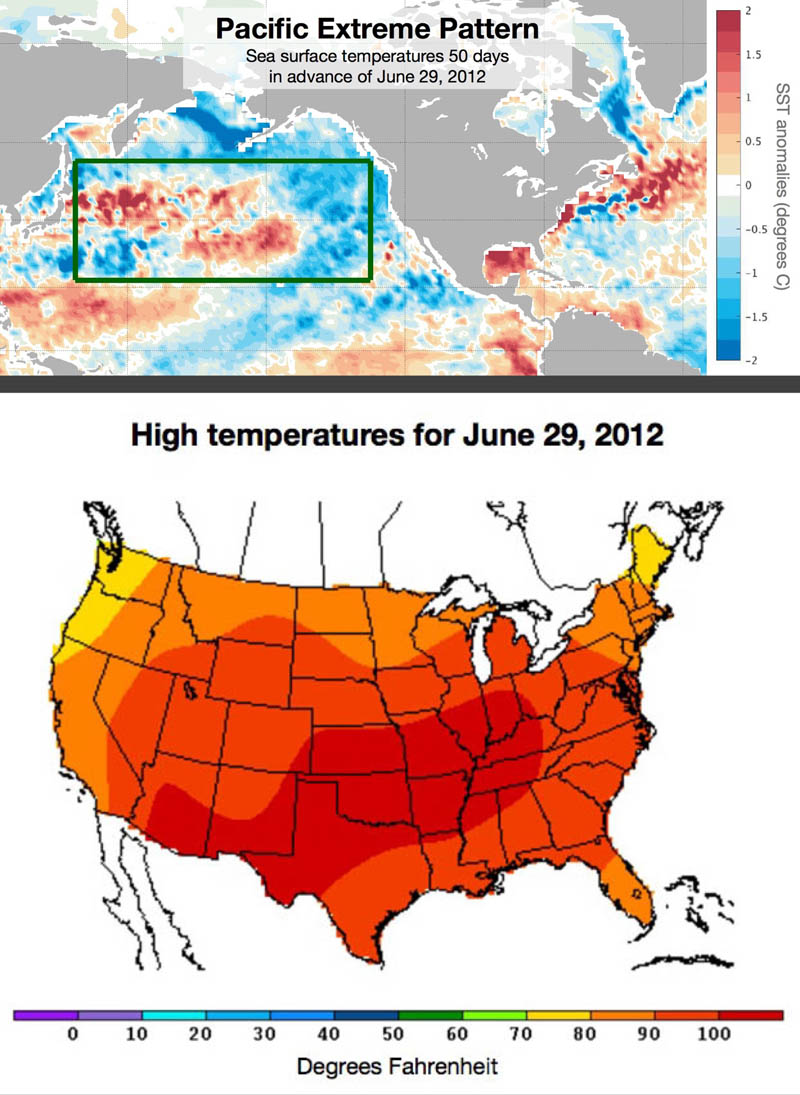 An interesting paper came out today, and it has we meteorologists talking. It’s about using sea water temperature patterns in the Pacific to forecast heat waves in the eastern portions of North America. Researchers found that when a certain pattern of water temperatures appeared, there would often be unusually hot weather in the Eastern U.S. about 40-50 days later. A statistical analysis using this method over the years 1982-2013 showed quite good skill at a range of 30 days.

Since numerical weather models used for forecasting are not much benefit after 7-10 days, this is an encouraging finding for long range weather prediction! Knowing that a significant spell of very warm and dry weather is on the way would allow farmers/power companies to take action to reduce the cost/risk of these events. In short, accurate long range forecasts would be worth millions of dollars in savings to the economy!

This research is not actually that surprising, since the oceans hold (by far) most of the heat in the climate system. It’s been understood for a long while that without the ability to predict ocean temperatures, our attempts at long range forecasting will not be that successful. You may be wondering if a global weather pattern that favors high heat in the Eastern U.S. is causing these temperatures to develop, OR is this ocean temp. pattern causing a hot weather storm track to develop? Good question.

Short answer is- we don’t know!

You can read a press release about the research here. My friend Bob Henson also has a detailed write up on this research. The paper in Nature Geoscience is here.

The researchers are planning on making some forecasts of heat waves based on their research this summer and it will be interesting to see how they do! I’ll be looking for this pattern myself in the months ahead and will post something if and when it pops up!