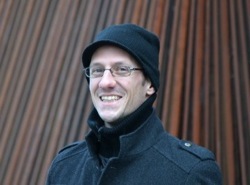 Next time you eat food grown in the San Joaquin Valley of California, think about this: the water used for growing them probably came from under ground. Farmers do not really have a choice because the amount of water from rain and snow can’t keep up with the needs for growing food. Every year more water is drawn out of the ground for irrigation. Because of this, the floor of the San Joaquin Valley goes down as the sediments compact once the water is out (see picture on right).

In the latest work from our team, we find a surprising side effect of groundwater pumping: the mountains surrounding the valley (the Sierra Nevada and California Coast Ranges) are moving up a few millimeters each year, as shown by a large number of GPS instruments. This may seem very small to humans, but for hard rocks it is quite fast. We find that this uplift can be explained by the loss of water out of the ground, as shown by gravity data from the GRACE satellite. The water lost through irrigation lowers the weight on the Earth’s crust, which responds by bouncing back up like a spring.

One interesting implication of this study is the impact on earthquakes on the San Andreas Fault. Uplift of the crust (and mountains) decreases the grip on the fault, making it easier to slip and cause small earthquakes during busier times of groundwater pumping. Perhaps more important, our study shows that humans can really move mountains through industrial agriculture. In California, this effect may get worse because more droughts, earlier snowmelt and different rainfall patterns are expected due to climate change.

This article is the second in a series of plain language summaries on Water Underground (link to first). The 5upgoer word processor showed that ~80% of the words in this post are in the 1000 most common words in the English language. For recent news coverage of this article check out this.