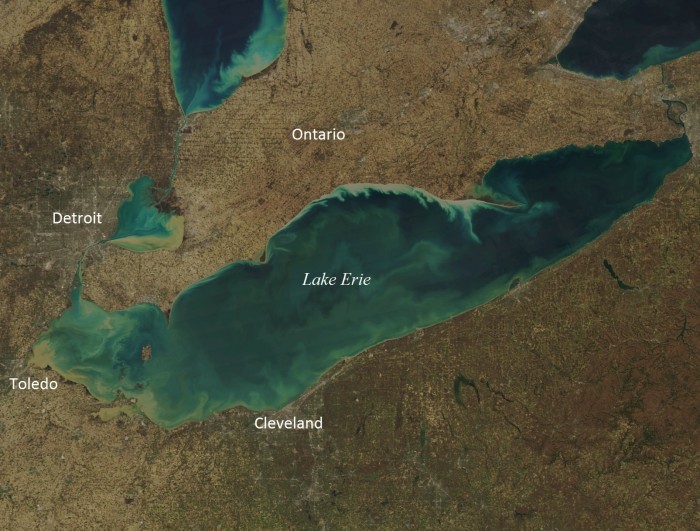 This (above) is a MODIS satellite image of Lake Erie taken April 15, 2016. It clearly shows sediment entering the lake from major rivers and tributaries. The brownish hues on the land surface indicate “leaf off,” dead or dormant plant cover, and bare-ground agricultural fields.

Later in the summer, the tawny sediment plumes of spring will give way to verdant swirls of nuisance algae blooms, like this: Between mud season and algae bloom season, there are good times to be had on Lake Erie, when the blue-green cold water looks inviting. It’s boat season.