Inside a warehouse in Punta Arenas, Chile, I spotted a stack of flimsy looking vehicles made of slats of wood, and recognized an Antarctic Classic — the Nansen sled. Named for the explorer scientist, and statesman Fridtjof Nansen, who won a Nobel Peace Prize laureate for his efforts on the behalf of refugees. His excursions took him on skis across Greenland, drifting on a ship frozen into the ice from one side of the Arctic to the other. The ship he used — Fram — carried Roald Amundsen to Antarctica for the 1910-1912 expedition in which Amundsen won the race to the South Pole. Amundsen, the Norwegian explorer,  preceded Briton Sir Robert Falcon Scott to the Pole by five weeks.  Scott and all his men died as they struggled back toward their starting point. Among Scott’s legacy is the “pyramid” tent named for him, a common sight — in its current, improved form — where scientists camp in the Antarctic wilds. Finally, lest you think my life is all blissful polar adventure, let me share a regret: I have not yet ridden in Ivan the Terrabus, the most excellent vehicle that carries people from the airstrip to the home-away-from-home  known as Mactown — McMurdo Station. 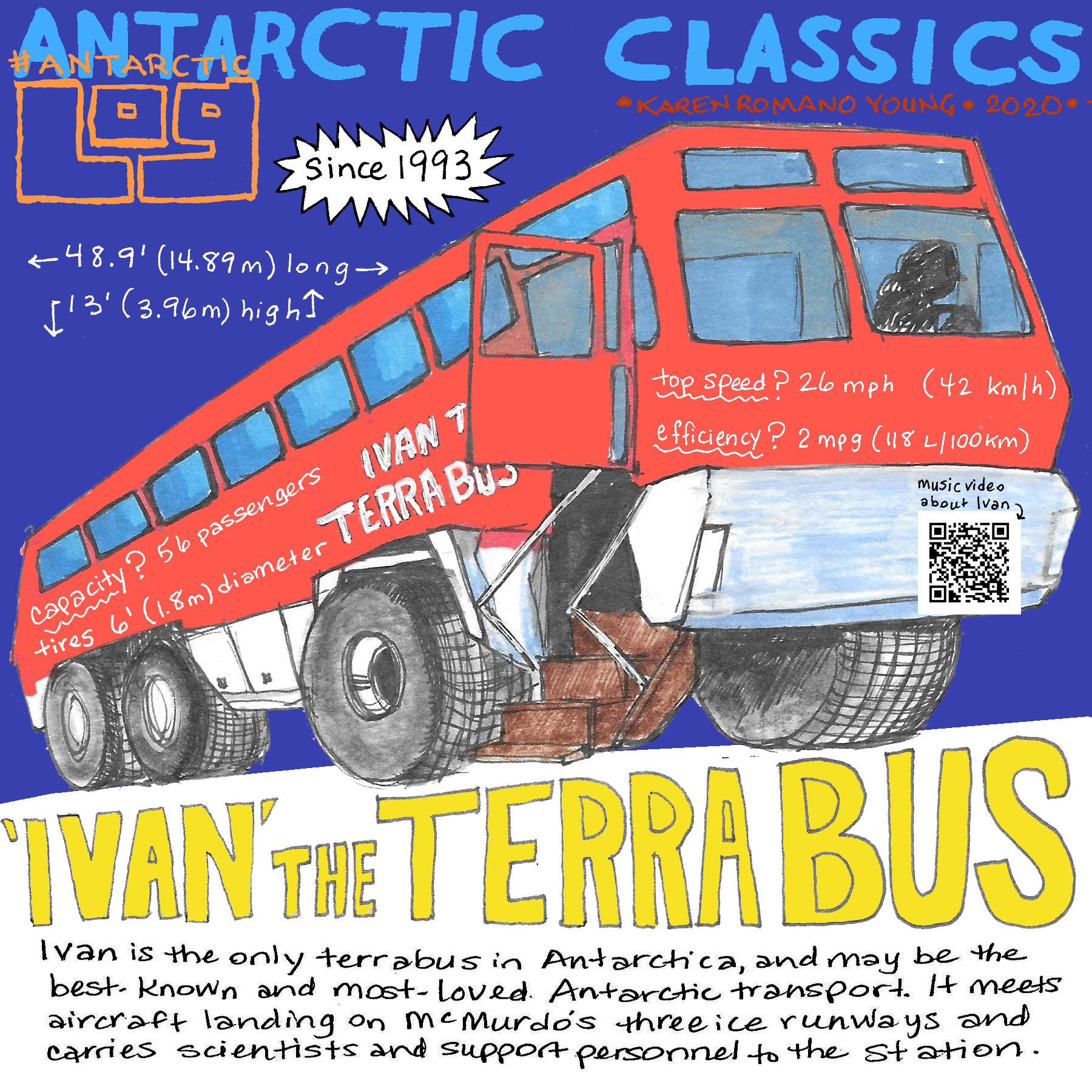 Just thinking about Ivan makes me realize there’s a mother lode of classic topics in Antarctic vehicles — from the first car (an Arrol-Johnston) brought to the continent by Ernest Shackleton to the Volkswagen Beetles that roved the place in the 1960s to today’s Hägglund tracked vehicles… Oh, to ride in them! Oh, to draw them!