Tuberculosis: One of the Biggest Killers of All Time 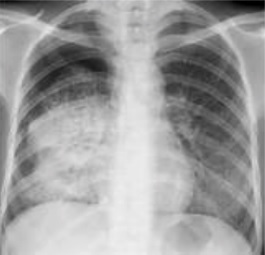 Throughout human history, it is estimated that over 1 billion people have succumbed to Tuberculosis. The deadly bacterial infection targets the immunocompromised population as well as those who have weakened their lungs through smoking.  It is believed that the first cases of tuberculosis appeared over 17,000 years ago in the wild by infecting bison. There is also a theory that puts the disease in humans around the same time. But, it is unclear whether humans or bison were the first carriers of Tuberculosis.

Tuberculosis is caused by the bacteria Mycobacterium tuberculosis and can be transmitted via direct contact. However, it is not spread via everyday contact such as shaking someone’s hand or even sharing toothbrushes with someone. The bacteria needs to be breathed in by the victim so it can manifest in the lungs. Symptoms include: cough(sometimes bloody), chills, fatigue, fever, loss of appetite, shortness of breath, and weight loss. Modern day antibiotics can treat Tuberculosis and make the disease a lot less fatal to the population. Though the number of cases is down, it is the still the deadliest infectious disease on Earth right now.

But why were so many people throughout history succumbing to the disease? Tuberculosis does not usually cause epidemics or infect in waves. It is an endemic disease and sticks around over time without varying in persistence. Since it has been around over thousands of years, many have tried to treat tuberculosis with limited success. The ancient Greeks tried to make remedies, but they were unsuccessful. It was not until that Robert Koch discovered that Tuberculosis was a bacterial infection that treatments started to become effective. In 1943, Selman Waksman discovered a compound called streptomycin and in 1949 the first human patient was cured of Tuberculosis. However, Mycobacterium tuberculosis was becoming resistant to the drug so two new chemicals called para-aminosalicylate and isonicotinic acid hydrazide were used along with streptomycin for an 80%-90% effective treatment outcome.

One of the main factors for tuberculosis sustaining itself for such a long period of time is living conditions. Many people faced infection in overcrowded cities or cites that were involved in prolonged siege battles. The lack of provisions meant weakened immune systems for the occupants, and the overcrowding of the city made transmission that much easier for Mycobacterium tuberculosis. During the industrial revolution up until the early 1900s, many people caught tuberculosis because their respiratory  systems were compromised due to air pollution from big industrial centers. In modern times, people living in underdeveloped countries or those who are immunocompromised are very susceptible to Tuberculosis. With no end in sight, Tuberculosis will continue to plague the population and add to the death toll which is already in the billions.