Currents of air and water, deposition and erosion

Yesterday I showed you two scenes, depicted in two photos each, that I saw on the beach at Machir Bay, Islay, last week. I suggested that it might be fun to compare and contrast them. 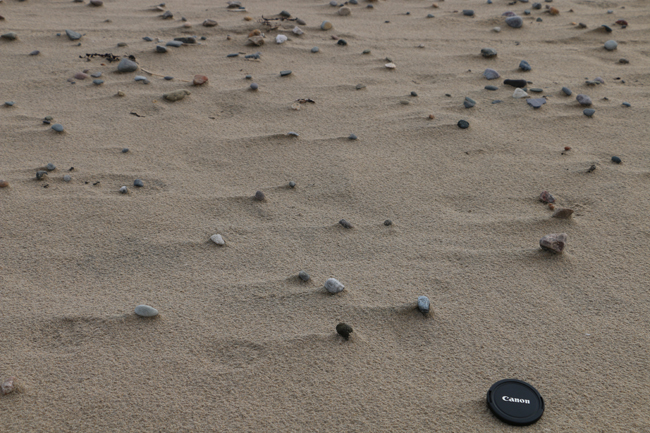 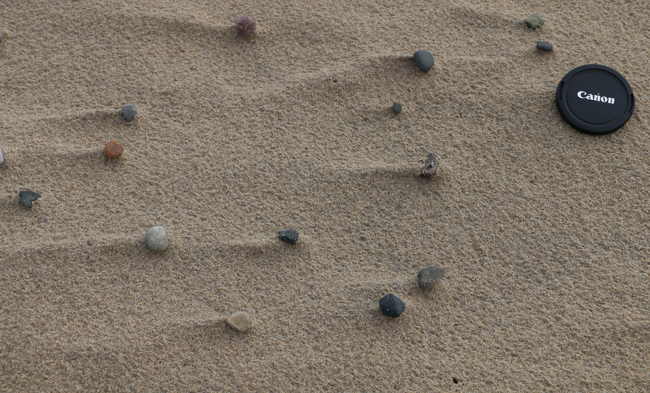 Scene #1 is a place where aeolian (wind) currents were at work. They appear to have stripped away some of the sand protecting these pebbles, and then deposited that sand in the lee of each pebble, building out little pointy ridges of sand to the left. These are additive features, standing up in positive relief. A smattering of rain bombarded the sand, roughening up the surface thereafter, helping hold everything in place for me to photograph it. In contrast, Scene #2 was further down the beach, where the tide had receded post-rainstorm, and so the sand appears much smoother in these photos. But as the water drained down the beach, it had to divert around the pebbles, focusing its erosive power immediately on each side of the pebble. These created little pebble-induced flutes, which flare out and disappear downstream (to the right). These are subtractive features, etched into the sand in negative relief. So overall, a few meters apart, we have a story of two currents, one wind and one water, and examples of what changes currents can impart: they can erode or they can deposit.

Did you notice anything else worth talking about here?

Currents of air and water, deposition and erosion