Pumpkin ‘cratering’ and a farewell to Buffalo

As some of you may have seen from my (exhausted, slightly giddy, etc.) Twitter feed, I just successfully defended my PhD a few weeks ago. It’s kind of a weird feeling, knowing that I can finally define a stopping point to my research – minus things like publishing it and presenting at meetings about it, of course. And almost immediately after I defended, I got to pack up my apartment and prepare to move back to Northern Virginia, where I grew up. It was a whirlwind of a weekend and definitely a bittersweet one; I’ve grown to love Buffalo and I will miss my department greatly. I’m currently settling in to my new job as the GSA’s Science Policy Fellow here in DC, and it’s nice to be back home again, but I’ll definitely miss the different pace of life and character that Buffalo has.

Despite the frantic packing and last-minute paperwork of my last few days in Buffalo, I managed to take a little time on the last day to go watch a UB Geology tradition: pumpkin impact cratering. It’s an introductory lab that we usually try to do around Halloween, one that I remember teaching almost four years ago now, where students get to drop pumpkins off the roof of one of the buildings on camps and see what happens. Obviously there’s a lot more involved for the lab students – they very diligently measured the pumpkins and the resulting impact sites and cleaned up quite nicely afterwards – but as a departing grad, I got to enjoy the show without having to do any recording. It’s a fun lab and a relevant one, especially since we’ve recently seen what happens when even a relatively small body heads for the Earth.

This year the pumpkin drop occurred from the top of the Geology department’s building, which has six floors but is really something like 12 stories high (there are half-floors we use for storage and equipment). So compared to most of the other buildings in the area, it’s pretty tall – and it has a fantastic view of the campus and the region.

Several pumpkin drops occurred, with varying sizes of gourds. Students on the roof were tasked with releasing the pumpkins and timing their descent, and students on the ground recorded the drop on cameras and then measured characteristics of the impact site.

Getting ready for a drop. 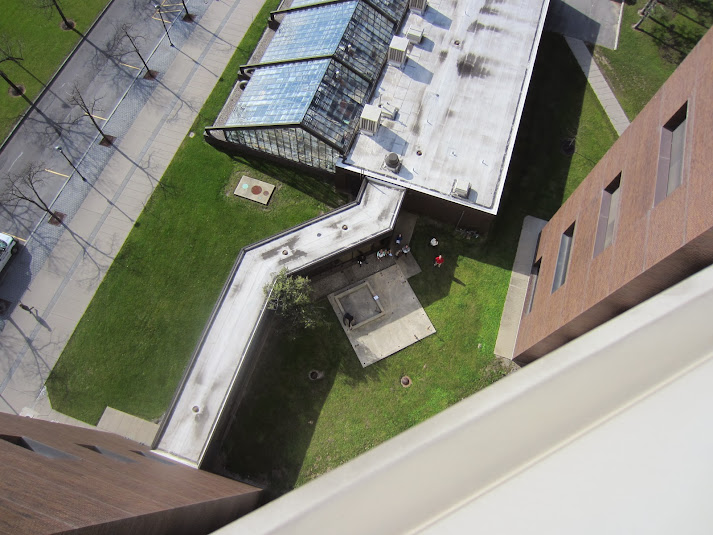 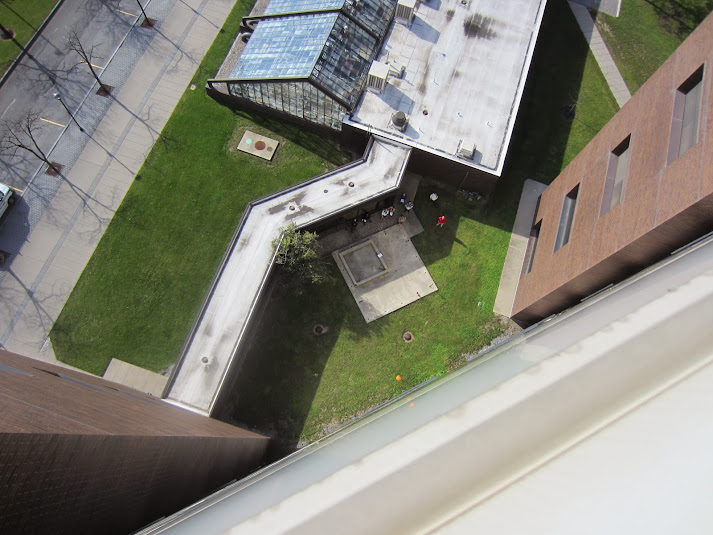 A pumpkin in transit! 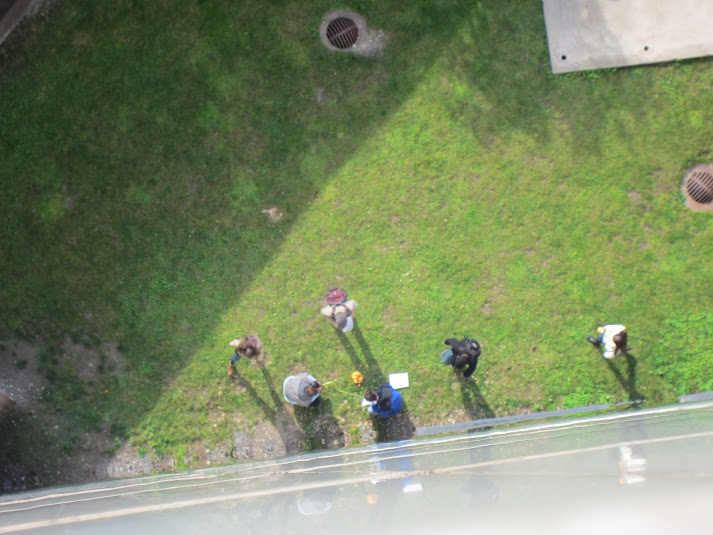 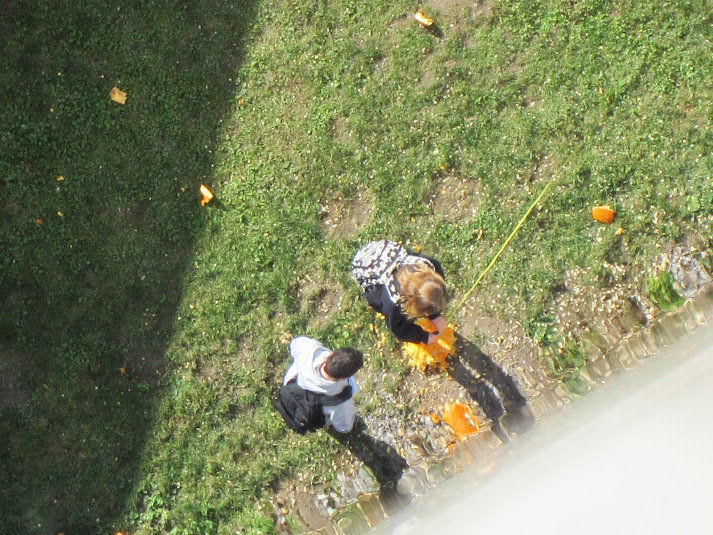 More measurements (this one’s from a different impact)

And what science experiment would be complete without some video of the proceedings?

In the case of the pumpkins, most of the drama comes from the destruction of the impactor rather than the formation of an ejecta blanket from the underlying soil. You can see from the brown patches and dents in the grass (from previous pumpkin impacts) that there’s not much opportunity to form a crater in these experiments; you would need relatively soft or unconsolidated ground, like a sandbox, to do anything really dramatic. (We’ve also done demos using tubs of colored sand and various sizes of game balls, but pumpkins are more dramatic and produce a better debris field.) Here’s a good link for what happens when a real meteorite hits the Earth, and here’s a NASA classroom activity for creating similar debris fields with water balloons and rock chips. The basic relationship for pumpkins appeared to be that the larger the pumpkin was, the larger the debris field would be, but like any experiment there were a number of variables to think about (like pumpkin mass, density, shape, the hardness of the ground it happened to land on, etc.)

It was a nice end to an otherwise slightly frantic day, and I appreciated getting to hang out with the TAs and students in the department for one last afternoon. I’ll be back next year for graduation, once I get all my thesis revisions done and paperwork submitted, but until then I’ll just have to get all nostalgic over the photos from my last day! 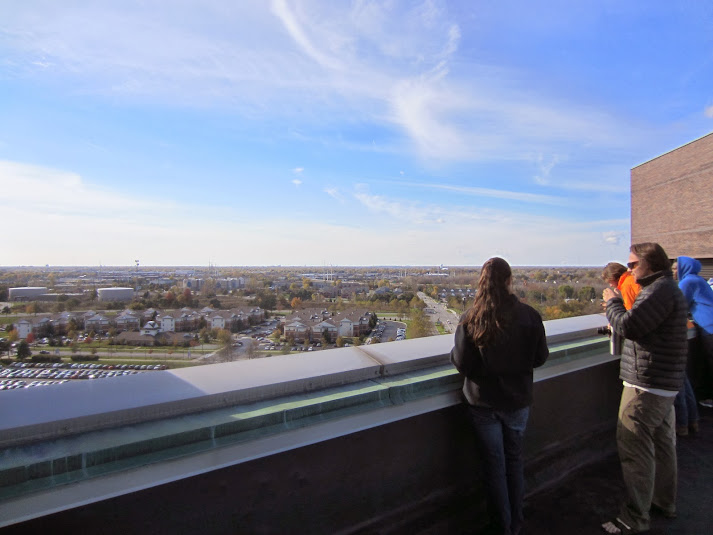 Looking to the west on a beautiful afternoon.